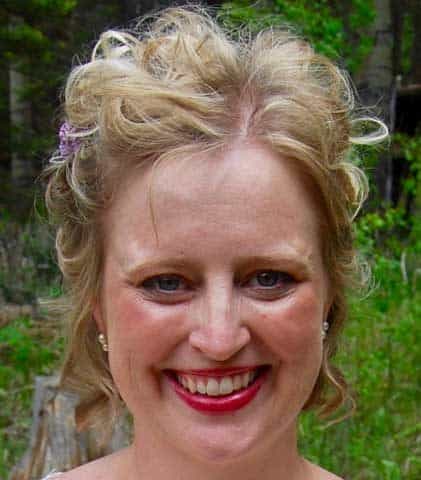 From Chaos to Calm

When life feels chaotic to me, I take charge and make a plan. That’s what I did when my first husband announced he was gay and had been having many affairs during our seven-year marriage.

I gathered up my two toddler sons and made a new life for myself. A secure life where I knew what was going to happen. No one would pull the rug out from under me again!

When I met my current husband, it was love at first sight. The months that followed were bliss. He was the most thoughtful, hardworking, kind, loving, and sincere man I’d ever met. And he was such a good dad to his son. Our boys loved being together, and we became a family–until I freaked out and broke up with him.

Luckily, he gave me another chance. We were both madly in love all over again. He brought such peace and joy to my life. I adored him; he cherished me.

Then he asked me to marry him in a restaurant lobby, which was not the grand romantic gesture I expected. (Granted, he had planned to do it outdoors, just like I’d imagined, but I said it was too cold to go out.) My anxiety over things not going according to my plan surged.

I told him to ask me in a more romantic way. He did.

We had the most beautiful wedding in the backyard of my parents’ mountain cabin. The man of my dreams. The three sons I’d always wanted.

Until I criticized him at the reception. And then again on the honeymoon. “You’re not doing things the way I want them done!” became my mantra.

I tried to teach him how to love me well. He didn’t seem to listen.

I would accept his gifts and help only if they were delivered in the exact package I pictured them coming in. I kept thinking if he would just do it the way I wanted, things would be so easy and fun again!

As my husband pulled away further and further and our arguing increased, my dream was becoming a nightmare.

I began having many negative thoughts, my brain gathering evidence to support them. “He doesn’t care about you.” “He’s going to bail just like your first husband.” “He doesn’t even want to spend time with you or cherish you anymore.” “Maybe you should leave before he does.”

During arguments I would share this lovely line of thinking. All feelings needed to be shared!

Things went from bad to worse. I felt chaotic, so I tried to control everything, even where the toothbrushes in the bathroom had to go. I began not to recognize myself. When had my happy, hippie self turned into a controlling shrew?

In the middle of a fight, my husband told me I had control issues. I scoffed. Me? I was a free spirit! How could he say I was controlling?

Between angry tears, I googled “My husband says I have control issues.” Up popped Laura Doyle’s blog. I stayed up until 4 a.m. reading every post.

I couldn’t believe it. Her husband hid from her by watching TV too? He didn’t want to have much sex either? She couldn’t motivate him to do things around the house? Wait, her husband checked out shortly after their wedding also? It couldn’t be.

But it was. I signed up for a webinar. I joined the SWEW program. I went to Cherished for Life Weekend then signed up for Coach Training.

Things continued to go up and down for many, many months. I would have some wins with the cheat phrases and feel dignified and like the best version of myself. I began to take charge of my own happiness instead of telling everyone else in my family how to be happy.

I felt empowered! I was doing it! This surrendering thing!

But then I would mess up and slip right back into my old controlling ways. We would get in another giant fight and end up back in a bad place.

It took nearly a year of learning and practicing and being coached on the 6 Intimacy Skills™ for my marriage to feel like it did when we were dating. Peaceful. Fun. Happy.

My thoughtful husband began to shower me with gifts again. He wanted to be around me and would rush home from work to spend time with me. He held my hand. He told me I was beautiful and amazing.

I made changes at work to have time for self-care and to do things I love. Laura’s Intimacy Skills helped me to face my fears instead of controlling my way around them.

I even changed my negative thoughts into positive self-fulfilling prophecies I now believe to be the truth, such as “My husband adores me and wants to make me happy.” The arguing every few days stopped, and I started smiling more and more. I didn’t know this kind of peace existed!