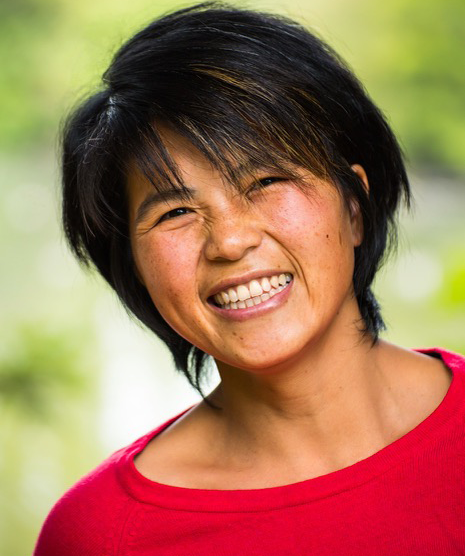 It was actually my husband who first read the book The Surrendered Wife. He said he thought it would help our relationship if I considered some of the ideas. I looked at the title, and I was so angry. My initial response was “How dare he blame this on me!”

I really thought that I was doing everything right and that, if only he would change, our life would be happier. I often told him, “I gave up my life in Canada to be here with you. At least you could make an effort!” I was rudely honest and blunt about my feelings. The more I told him how to be a good husband, the more distant he became.

I don’t even know how I got to be so unhappy, angry, and lonely in my marriage. Was it postnatal depression since the birth of our son three months earlier? Was it because my husband was out of the house three nights a week for badminton, live music, and football? Was it because I had not made new friends in this small town?

At times he would say in a joking way, “Please stop disrespecting me.” I didn’t think I was disrespecting him. I thought he was being too sensitive. He described me as having a ghetto attitude and always being ready for a fight. In defense, I called him a country boy with no street sense.

I remember the day I decided to surrender. I was going to let him have it. I called him at work and ran off a list of complaints. When I was finished my rant, I heard him crying. He said he’d had to leave the office because I was yelling into the phone so loud that he was worried his colleagues could hear. He was sitting on the ground be-tween two cars in the parking lot, sobbing and waiting for me to stop yelling. He said, “I’m a grown man and I’m in a car park crying. Things shouldn’t be like this. I can’t take this anymore.”

He was right. Things shouldn’t be like this. I decided that something needed to change. I packed my copy of The Surrendered Wife and took the baby to a friend’s house for a week. When my husband had recommended the book, I dismissed it as soon as I got to the part about relinquishing control of the finances. This time, I read the entire book in a week. Twice. I was so desperate for things to change in my marriage. I decided to try everything that was in the book.

I returned to my husband a grateful wife. I thanked him for making me coffee, taking care of our son, playing music with me, washing up after dinner, and going to work so I could stay home with our newborn. I stopped complaining to him. I stopped telling him what to do. If he asked for my opinion, I would smile and say, “Whatever you think. I trust you.” I started to respect him for who he was and made it a priority to show him that I really respected his decisions by supporting instead of criticizing him. I decided to get rid of the ghetto attitude by talking nicely to my husband instead of swearing and rolling my eyes at him.

I started to schedule three self-care activities a day, focusing on what I could do to make myself happy. I called my friends more often for girl talk. I started to play my violin again. I made time every day for a nap, a walk in the park, and writing a grati-tude list in my journal.

I saw results immediately. I noticed that when I followed the advice in the book, things between my husband and me improved. We argued less. We started laughing together again. He was home more often. When I surrendered, he responded well. When I fell back into my old ways of nagging, complaining, blaming and yelling, he retreated emotionally. It became clear to me that surrendering brings peace and hap-piness. Non-surrendering brings me back to feeling lonely and sad in my marriage.

Surrendering did not come naturally to me. I felt I was speaking a whole new language. I could see that things were improving between us, but I still yearned for them to be better. I googled “Laura Doyle” and read her blogs. I purchased her other books and read them daily for inspiration. My girlfriends were calling me to vent about their husbands or partners, and I would talk to them about surrendering. All of this was go-ing on without my husband’s knowledge.

Then one day, I decided that I wanted to enroll in Laura’s “Become a Coach” program. It was time to confess to my husband that I had reread the book that he’d rec-ommended years ago. I was worried that he would think that I was somehow being fake in my marriage by following a handful of skills. He was surprised to learn that I had reread the book. I remember him saying, “I did notice that things had changed. I thought it was strange that you kept saying ‘Whatever you think.’”

The decision to surrender saved my marriage. The Six Intimacy Skills™ have brought peace and intimacy back in my relationship. I definitely want more of it. I continue to use the Intimacy Skills every day in my marriage, and I am so grateful for every op-portunity to apply them. I don’t feel like a fake at all. In fact, I feel more myself when I am feminine. I definitely feel more cherished, loved, and adored by my husband. I am so much happier with who I have become.