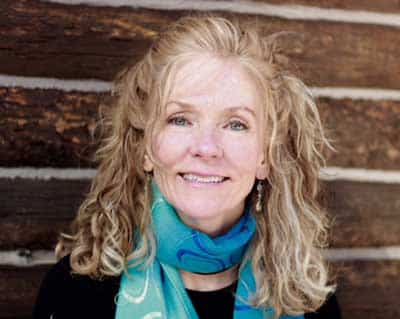 How the Dragon Became a Lady


I used to have an alter ego. She was named “Dragon Lady.” She had been with me my whole life, following me into every romantic relationship I had.

I got married and had three lovely sons. Their father knew just how to push my buttons, and bam, there she was: the fire-breathing dragon.

The arguments were intense, frequent, and almost physical at times. We both contributed, yet I had no idea how to stop Dragon Lady when she awakened. It was as if something else overtook me. I felt like I was watching this terrified and mean wild animal fight for her life. Except my life wasn’t in danger!

We eventually separated and divorced.

It broke my heart.

At the time, I blamed it on him. All of it. He made fun of my traumatic past and poked at me. That justified my anger, right? No. I still grieve this divorce and its impact on my now adult children. Almost daily.

The next part of my story is very hard to write, but for full disclosure and to give any reader hope, I will tell it. I pray it is helpful.

I got married again to a man several years older than me. We had three very happy years. At that point he lost his job. Everything changed. He was so depressed and began to drown his sorrows in alcohol. It was awful.

Of course, Dragon Lady did not like this. She had grown up with that and wasn’t going to allow her children to suffer the same fate. I tried to control him every minute of every day to protect my kids. And myself.

Enter my first encounter with the 6 Intimacy Skills™.

I have a dear friend who is six feet tall and very strong. She is a social worker who works with gang teens. Very tough!

We were having lunch and discussing our marriages. She told me about this book she was reading and how it was really changing things in her marriage. I was very interested. I naively asked, “What’s the title?”

“The Surrendered what???” I said. “NO WAY am I reading another spiritually oppressive book!”

She gently informed me it wasn’t like that at all and that the author was a feminist. I laughed and said, “Thanks anyway.”

I loved it. I felt convicted and overjoyed to have skills to help me tame Dragon Lady! I loved the self-care list and told every woman I knew about it.

However, that was as far as it went because my husband left. He chose alcohol over his family and moved away. In fairness, had I practiced all the Skills, perhaps the outcome would have been different. Addiction is tricky, however, and he had no desire to stop.

I was devastated. I had no desire to break my vows. I wanted to do counseling, anything to save this second marriage. He walked out of our fourth session, saying he wasn’t “in.”

This abandonment fed Dragon Lady. I felt rejected and sad and lonely and unlovable. I was done and planned to live alone the rest of my life.

Three years passed. While shopping at my favorite outdoor store, I was raving to a man I thought was the owner about how much I loved his store. He said he wasn’t the owner and indicated that “he” was.

He looked like James Taylor. Tall, lanky, balding. Piercingly kind blue eyes. He was sweet and shy–so much so that I couldn’t tell whether he was flirting with me or not. He told me a great spot to go running. I took his advice and ran the trail. I went back to “shop” the next day (we all know that I really went to see him).

He gave me his phone number and was so nervous that he couldn’t remember it the first try. I found him endearing and sweet.

I thought, “Well, he will make a nice friend,” as Dragon Lady was done dating.

Right. Little did I know I would end up marrying this man.

But Dragon Lady did not trust it. “It’s too good to be true. Test him. Push at him. Make him prove he loves you.” These were not conscious thoughts, but they were very strong. We began to struggle.

I did not want to ruin another relationship by feeding my dragon!

It was then that I saw Laura’s free Introductory Course on the Six Intimacy Skills™ on Facebook. I devoured the Skills. When I began practicing them, it was hit or miss because my terror of being abandoned was so strong.

I decided to go a level deeper into the Skills and signed up for the Diamond Program, getting private coaching. It made all the difference!

With the support of my beloved coach, I was able to see my pain points and how I had been using all my energy trying to control everything he did so I would be “safe,” but really I was driving him away! I was trying to control his thoughts, his actions, his relationship with his daughter–everything.

That’s when things began to change. He started opening up to me again. He blessed my decision to go to the Cherished for Life Weekend last fall, even though it was our one-year anniversary.

The Weekend changed my life. It was there that I realized that I am not broken!

I had simply never been taught how to be in a relationship with a good guy! I saw that I had been trying to turn him into a bad guy so I could do what was familiar. The Skills, however, allowed me to let go of controlling him and work on my own happiness. It all came together at the Weekend.

The women at CFLW loved me. One coach had been divorced twice as well and shared how she wasn’t ashamed of that anymore and had used the Skills to have a happy marriage now. Shame began to fall from me, and I gained energy to practice the Skills with all my heart, soul and strength.

The Skills gave me the tools I needed to create the loving relationship I had always dreamed of having. They work!!!

I am happy to say that my dear Dragon Lady has left. I bless her for keeping me safe when I really was in danger; however, now I live in peace. I live in the joyous place of feeling safe in my husband’s love. I have more energy to live my life and carry out my true purpose.

Part of this purpose has been to join Laura’s coaching team. I am passionate about helping her to end world divorce. I have seen firsthand the damage it does, and in most cases, it can be avoided by committing to these Skills.

I am thrilled to serve women this way.