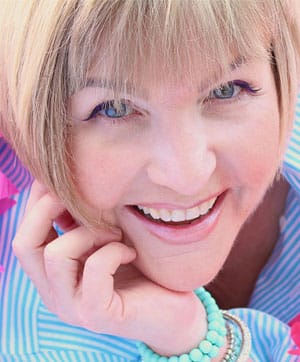 Most people seeking relationship help are women. That’s because women are the keepers of the relationships no matter where you live in the world. We women are the ones who think about relationships, obsess on them, fantasize and fret about them. The good news is that we’re also the ones who have the power to make our relationships and marriages great if we have the right tools. Unfortunately, most of us grew up with bad modeling. Lots of women came from broken homes, which is not modeling you want to replicate. Lots of women whose parents stayed married wouldn’t want to have the same kind of relationship or marriage as their parents, who may have been civil but not warm and connected. And still other women watched their parents fight constantly even though they never divorced.

No wonder so many of us are lost about how to have a great romance. No one ever showed us how.

So what’s the solution?

Most people would say to gather up your husband and drag him down to a marriage counseling session. You can take turns explaining each other’s shortcomings and feeling worse and worse about your relationship.

Statistics tell us that most people who go to marriage counseling get divorced, so it’s more often the last rites than the path to happily-ever-after. In retrospect, I recognize that of all the ways I tried to control my husband, marriage counseling was the worst and most expensive.

Fortunately, I discovered something far more effective than marriage counseling for restoring the intimacy, passion and peace that my husband and I enjoy now. You might be surprised that it’s not like anything you’ve heard before. It doesn’t involve communicating more or making appointments to talk things out or getting him to acknowledge his shortcomings so he can change.

Instead, if you as the woman make a few changes, you might be surprised how quickly things can change. Most women report a big improvement in about two weeks after starting relationship coaching.

Laura Doyle provides Relationship Coaching and Marriage Coaching for women only.
To work with Laura privately, you must submit an application for consideration. To apply for one of Laura’s limited coaching client slots apply here: https://lauradoyle.org/marriage-relationship-coaching/ Only those who pre-qualify will be considered.