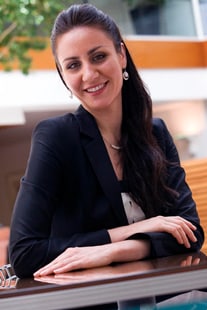 I had always been one of those lucky ones who had it all! By the age of 25, I had travelled the world. I had achieved the highest possible academic degree from one of the best universities in the world. I had the dream job with plenty of opportunities to grow. I had close friends and family with whom I enjoyed many wonderful moments.

I was a princess, and I was ready to marry my king!

And there he was! He showed up and swept me off my feet. My king was all I had ever dreamt of: tall, good-looking, ambitious, accomplished, and romantic. He was real!

He asked me to marry him soon after we started dating. I said “Yes!!” and, shortly after, I found out we were expecting our first baby. He moved in with me, and we had a few months of bliss until–well, until I started seeing his not-so-regal characteristics!

I expected him to treat me like the princess I was: he had to entertain me, make me happy when I was not, and give me affection and attention on demand. When his actions and thoughts triggered fears in me or felt threatening, I was sure to hold him accountable immediately and communicate that he was falling short of his duties.

I tried to change him and mold him to fit my model of the king I needed to feel safe and happy. I felt he had to understand that he must behave in a certain way if we were to make it; I did not miss a chance to show that premise every time he did or said something that didn’t land well with me.

We were caught in a web of petty arguments, violent fights and constant tension. He was losing his royal aura, and I was feeling less and less like a princess.

I knew it was all his fault.

I was convinced he was not suited for a long-term relationship, as it looked like the responsibilities were too much for him to handle. That was why he was always grumpy, defensive and even cruel to me.

Or to appreciate everything he did to make me happy on a daily basis (the small things like making dinner, bringing me a rose or fresh bread from the market). In my mind, he was supposed to do those things because that is what husbands do.

And, of course, I expected him to “man up” and put up with my criticism and disrespect. Instead, he became impatient, defensive, and grumpy with me most of the time. That triggered more resentment and anger in me, more lecturing, more disrespect and more fighting.

I could see we were heading for a separation…

When I was eight months pregnant, he’d had enough and threatened to leave. He said he did not want to get married and cancelled the wedding. Ouch! He had started looking for an apartment already.

I begged him to stay. He agreed and said he was staying only because we were expecting a baby. The next six months were beyond painful. I continued to criticize him and find reasons to be displeased with him.

I looked for help and read self-help books. I learned that I had to respect him, communicate with him clearly, and focus on myself. What was that supposed to mean?

For me, respect meant to teach him how to be a man and how to behave so that I could be happy and pleased with him. To communicate meant to talk to him more often about our relationship and tell him what I didn’t like about it. Focusing on myself meant focusing on my newborn child and/or job and ignoring my man completely (which I thought would draw him back magically to me).

But the wall between us grew thicker and thicker. What was I supposed to do exactly to make this work?

Then I found Laura Doyle and the 6 Intimacy Skills™.

For the first time, I had some clarity on what to do. I learned that focusing on myself means doing the things that make me happy; I learned that my happiness depends on me and only me (what an eye-opener). I also learned that to respect him means to respect his thinking and to trust his abilities. That to communicate with him means simply to express my desires and leave the rest to him.

I felt like the biggest fool! I suddenly had a sense of gratitude that he was still there for me and our baby, albeit quite unhappy! I started apologising for all disrespectful words and actions; I started showing gratitude for everything he did for me and our daughter.

I embarked on the journey to transform myself, to grow into a dignified queen.

He looked happier and more inspired to be around me; he was a lot more attentive to me. A few months later, the plans for our wedding were on again. And my king was back!

I was surprised to see how quickly we went from constantly being on the brink of the next violent fight to laughing and playing together again. I saw how my relationship could be, and it has been my desire to keep it that way ever since.

As a mere mortal woman, I still feel tempted to control and become disrespectful at times. However, when that happens I now have the unfair advantage of knowing how to restore the respect and intimacy immediately. As a bonus, I gain yet another fun story to share with my fellow surrendered wives.