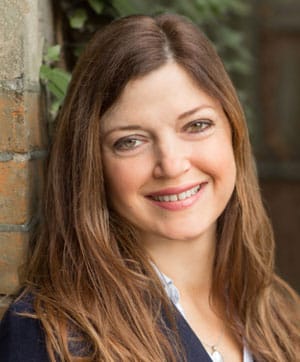 When I discovered Laura Doyle, I was anxious, frightened and unhappy.  I had been struggling for two years to save my marriage, after my husband revealed early on that he didn’t think it was working.

I was devastated because we had a young daughter and I wanted another child but didn’t feel I had much time left to try.  My husband said we weren’t strong enough for another child and that there had to be more to life than this.  My biological clock was ticking and I felt panicky.

It felt like my fairytale had vanished overnight.  Where had the man of my dreams gone?  I could feel all my hope slipping away.  Everywhere I looked I saw happy families, and I felt so alone and like such a failure.  I looked at our darling daughter, so sweet and innocent, and the responsibility of the marriage failing weighed heavily on me.

I found it hard to shut off my brain, as I worried about the problem yet couldn’t find a way out.  I yearned for security and love.  I developed insomnia, a peaceful night’s sleep now a thing of the past.

I tried counselling and she concluded that my husband had some disorder and was unable to show empathy.

We tried couples counselling and it didn’t seem to resolve anything either.

Nothing was working!  I swung from hating him for all the pain I was in… to hating myself for being “unlovable” and somehow having caused this to happen.

After this carried on for two long years, I found Laura.  I remember the moment: I saw an article about her on a news app.  When I read about the problems she too had had, including that her husband hadn’t wanted to make love to her anymore, I felt my first glimmer of hope.  I couldn’t wait to order her book, yet it had sold out!  Undeterred, I got it on my Kindle.

I read the book cover to cover.  And then again and again!  Finally something I could relate to and that offered me a way out.

I started making changes immediately.  It was hard because we had been in two opposing camps for so long that my husband’s reaction to me was frosty and sceptical at first.  I would feel hurt and indignant that my efforts to change and improve myself were going unnoticed, but my daily doses of the book re-inspired me.

I noticed changes straightaway.  It was just before the Christmas holidays, when we had two weeks off together, and they passed peacefully!  I craved a kind of intimacy that just wasn’t there, but there was less pain and more warmth.

The first thing I discovered was self-care.  This was actually something my husband had always suggested to me.  He wanted me to stop doing things to my own detriment.  I think I had unwittingly put guilt onto him by being a martyr and doing too much for others at the expense of myself.  I liked being the “goodie” in the relationship, but I hadn’t considered that that made him the baddie!

So I started to leave our daughter with him and go for runs.  The fresh air and change of scenery did me so much good.  I also treated myself to a gym membership with a childcare facility!  Suddenly I had opportunities for me time!

I tried to accept and respect my husband’s way of doing things, even though it might differ from my way.  This was hard!

I felt like I was crawling out of a deep cave, but I could see the light and was heading towards it.  It got easier and easier as my husband started to trust in the new me.

Inspired by the changes I’d already seen, I watched a webinar and signed up to join the Surrendered Wife Empowered Woman community.  This community really saved me when we had an occasional setback and my heart was breaking.  They lifted me up, helped point me in a new direction and gave me the strength to carry on.

Within months of joining the SWEW community, my miracle happened: my husband suggested we try for another baby!  I was overjoyed and thought my heart might burst!

All my wishes had come true: I had my husband back, he had recommitted to me, and we were building our future together.  I felt loved and secure again.

Sadly our second child was not meant to be.  We had a number of miscarriages and even, at my husband’s suggestion, tried IVF.  What I can say is that the 6 Intimacy  Skills™ gave me the chance to try, and our relationship became stronger than ever.  Our daughter has a happy, secure home, which means the world to me.

Nowadays I am a wife who calls her husband her best friend.  He is the one I want to talk to and be with.  I am spoiled with flowers, he is my hero on so many levels, and I just feel so lucky.

Having found the Intimacy Skills so transformative, I wanted to share them.  I feel a deep kinship with women struggling to find the happiness they deserve and decided I wanted to become a coach.

The Skills have impacted all areas of my life.  By improving the way I relate and communicate, they have enhanced all my relationships and interactions!  Being a coach  introduces me to many wonderful and like-minded women who further enrich my life.