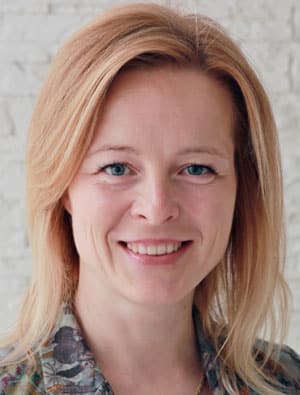 I Had It All but Felt Miserable

It’s around 10:00 Saturday morning. I’ve just opened my eyes and hear my husband in the kitchen telling our son, “Go tell mummy that breakfast is ready!” I’m grateful that he cherishes me so much that he let me sleep in (again) and grateful for my son.

I have found myself and my inner peace.

Was it always this way? No. What did it take to get here?

Flashback two-and-a-half years ago. At 35, I had all that I’d strived for: a successful career at the bank, with the recognition, reputation, and solid income that came with being an expert in the field, as well as a husband and an amazingly gifted boy. I was a high achiever!

So why did I feel so lonely? My ideas were mostly turned down as being wrong, my parenting as too harsh, too mild, or too something (I could never do it right). My husband preferred to stay up late watching TV over coming to bed with me, and I had this boiling anger inside me, resentment that I was earning the most but I was the one who had to do things around the house, the only one who cared…

I had this feeling that I was living my life wrong, that I was wasting today by feeling so low at my best time of life–still young, already having achieved something, full of energy and ideas–and would waste tomorrow too.

Here I was, with all that I wanted, and that wasn’t it. It didn’t make me happy–I felt miserable.

Little did I know that I had brought myself there. Instead, I wondered, Did I marry the wrong man? Now what? Will I have to suffer and feel estranged from my husband for the rest of our days? The thought of it made me cringe. If only he could change… Being the success maker I was, the failure of my marriage was not on my agenda.

One late December night around Christmas 2017, I was lying in my bed, scrolling through Facebook, and something caught my eye: “Do you feel lonely?” Yes! I opened the link not expecting anything valuable, but it spoke to my heart and piqued my curiosity. I signed up for a free webinar and bought the ebook that same night, read it in a single sitting, and oh, could I relate to so many things!

It’s as if Laura had cameras in my house. I saw that I’d been my worst enemy. Coming from a family of divorce and violence, I had always wanted to be just the opposite of my mother, but here I was a raging, judgmental, critical, skeptical, know-it-all control freak, wondering why no one really wanted to be around me. Talk about what you focus on increasing.

Despite my newfound awareness, I was lost when faced with the 6 Intimacy Skills™. I had no idea where to start. The amount of change required seemed insurmountable, so I decided to start experimenting with the simple tools put just in front of me that seemed doable.

Duct tape? Sure, I could do that!

“Whatever you think”? Alright!

“I hear you”? Well, that one was hard to translate in my language, but why not?

I did my first experiments in secret because I was quite skeptical. Could I really change things single-handedly?

The first thing I did was decide to stop criticizing my husband’s spending, drinking, gambling, clothing, parenting, joking, working, resting and other habits. This was so alien that there was a moment when I had literally nothing to say because all I’d said before was controlling.

Second, I gave myself permission to stop cleaning the kitchen after everyone, which I couldn’t do without getting resentful. Yes, the kitchen got messy and I went in there as rarely as possible, until one Sunday morning my boys asked me to make pancakes and I was brave enough to say, “I’d love to and I really need help cleaning the kitchen.”

Minutes later, my husband was washing the dishes, my 4 year old vacuuming the floor and I realized ahh, all I had to do was ask for help.

A year into practicing the Skills on my own, I started to fall back into my old habits and realized that I needed to be a part of the community of like-minded women because I couldn’t keep them alive on my own.

This has been the most rewarding decision of my life, as I’ve received so much love and support here, I’ve grown tremendously, and I’ve overcome many fears and limiting beliefs. I still keep overcoming those fears and beliefs every day, and I want to stay here forever.

Was it easy? No. I was trained to have it all, be on top of it, and now I had to retrain myself into being vulnerable? Hard stuff.

Really worth it though!

Fast forward to today, I’m the princess of the house and can do anything that I set my mind to, if I only get out of my own way. I’ve changed careers and have rediscovered my own shiny, vibrant and inspiring me, becoming a people magnet. I can let myself be who I am, and I have my husband’s full support for my goals.

Does it mean that I live on a golden cloud? No. I still have to overcome crises day by day–my kid throwing tantrums, disagreeing with my husband’s choices sometimes, and some days being dark before I wake up. The difference is that I own responsibility for my happiness and have the knowledge and tools to help me get there, as I know that the only person that I can change in this world is me.

I’m so happy with my life, back madly in love with my husband. I’ve learned not only that my husband won’t impoverish me or embarrass me but that he’ll use every tiny opportunity to make me happy if I only let him.

I love how my six-year-old son is learning this from his dad too! He’s constantly carrying things for me, opening the doors, or reminding my husband to buy me flowers for special occasions or just because. He accompanies me on walks “to save me from wolves” and tells me I’m the best mom forever.

My husband is a steadfast member of my fan club too. He once defended even the old me, saying, “You were never THAT bad,” which proved to me that in spite of me being a prickly porcupine, he never stopped loving me all the way.