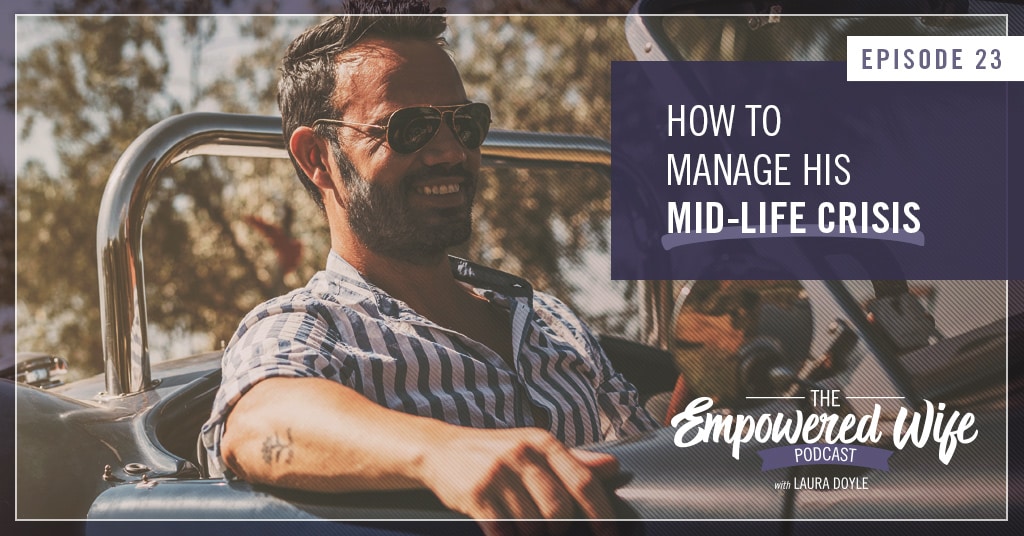 WHAT TO DO WHEN YOUR HUSBAND IS HAVING A MIDLIFE CRISIS?

How do you keep your connection, your cool and your dignity when your husband is having a midlife crisis?

If you’ve ever experienced your husband taking what looks like a sudden turn off of family life lane and speeding down immature, selfish highway—possibly in a new sports car—then you’ve probably suspected him of having a midlife crisis.

Maybe he stopped telling you where he is, or suddenly isn’t coming home at the usual time.

Perhaps he complains that he’s disappointed with life, and wonders why he hasn’t gotten what he wanted.

He seems to be throwing away everything you’ve built together.

He’s grumpy, depressed, and suddenly irresponsible, which is making you furious.

No amount of talking to him is creating the desired effect, as he goes along on his self-absorbed way.

He may even be saying devastating things like, “I don’t love you anymore,” or, “I don’t know if I want to be in this marriage.” It’s painful.

You may even wonder if he’s also given up on his vows.

Unless you know what to do.

So first, let’s Double-Check the Diagnosis. Is your man really having a midlife crisis? Or could it be something else?