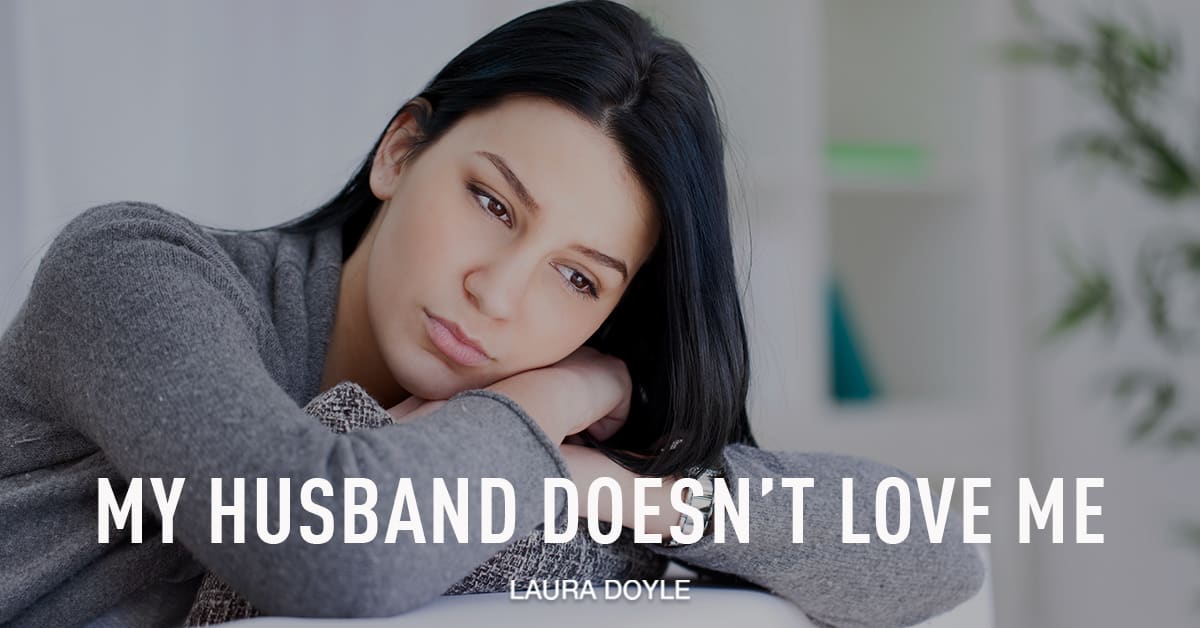 My Husband Doesn’t Love Me

Or does he? Here’s what’s really going on…

When your husband actually says the words, “I don’t love you,” the hurt comes in waves.

Your mind races with questions. How did this happen? How long has he felt this way?

Then there’s terror. What does this mean for our future? For our marriage? For our kids?

He doesn’t love you. Does it mean you’re unlovable?

You feel the urge to protect yourself with aloofness or insults. It’s just human nature.

Flinging some hurtful arrows his way seems not only justified, but necessary.

But the words, “I don’t love you,” can be the breakdown before the breakthrough. Click To Tweet

They can be the gateway to a marriage that exceeds your imagination, where you feel as loved and connected as you did when you were first dating.

And you can have all of that with the guy who just said he didn’t love you, or is acting like he doesn’t.

Here are 3 secrets for getting from here to there:

I know he’s saying he doesn’t love you, but it’s not true. He does love you.

When he committed to you for life above all others, it was because he was crazy about you, and that doesn’t just stop. But it can definitely be obscured when he has been without oxygen for a long time.

And when I say oxygen, I mean respect.

The problem is, if you try to reason with him or point out that he’s not being rational, he will feel further disrespected.

That’s like slapping his back when he’s badly sunburned.

If you beg and cry, that’s a reminder of a huge pain point: he hasn’t felt like he could make you happy. Here you are, crying some more, driving that point home.

You’ve probably already tried both of those responses.

That’s okay. That’s just human. You didn’t know he had a terrible sunburn.

But you’ll want to stop slapping him on the back as soon as you can and instead learn what respect looks like to him and treat him that way.

No one ever showed you what respect looks like before, so how were you supposed to know?

But that ends today, right now.

2. He’s Not Saying it to Punish or Hurt You

When your husband says something as hurtful as, “I don’t love you,” it’s tempting to think that he’s purposely being a mean jerk. It’s human nature to personalize it and make it about you.

But that’s simply not what’s happening.

Of course it hurts, I get that. It feels awful.

But consider that if someone cuts you off in traffic, that’s also upsetting. It can make you angry. You might think the driver is also a mean jerk.

But that driver isn’t trying to hurt you at all. He just forgot to check his blind spot or was about to miss the exit.

He had no intention of punishing you. He didn’t plot to get up in the morning and be at that spot where you were so he could make you slam on the breaks.

Granted, a conversation about love between a husband and wife is much more personal.

He’s not his best self right now. People need love the most when they deserve it the least.

He’s sounding the alarm that something is very wrong. He’s telling you there’s a big breakdown.

It’s going to take your best efforts to solve it, but it is solvable.

Here’s what you need to know to solve it…

I used to think of respect as something that was earned, and after seeing my husband screw up a number of times, I just didn’t see how I could be respectful!

But if you flip that around and think about your husband withdrawing his love because you weren’t perfect, it sounds pretty unreasonable and harsh.

Just as you want to be loved even if you overspend or gain weight—because you are still lovable, of course–you could decide to treat your husband respectfully even if he doesn’t seem to deserve it.

When you do treat him respectfully, it’s going to feel very strange if you’ve been out of the habit. At least, it did for me.

It felt scary and false.

But it was like a miracle cure for all that was ailing in my marriage. I see that happen for the women I work with, too.

It’s not too late when he says he doesn’t love you. It’s not hopeless.

If anything, I see marriages turn around from this painful conversation so often that I tend to think of it as the beginning of the breakthrough.

You can choose how the story ends

You may think it’s up to him, that you don’t have the power, and it’s true you can’t control what he’s going to do.

But you have more power than you think, because when you restore the respect, his feelings of love re-emerge too, as strong as ever.

Crisis and opportunity travel together. His hurtful words are opportunity knocking, telling you there’s a chance to grow and be happier.

How will you answer?

112 thoughts on “My Husband Doesn’t Love Me”