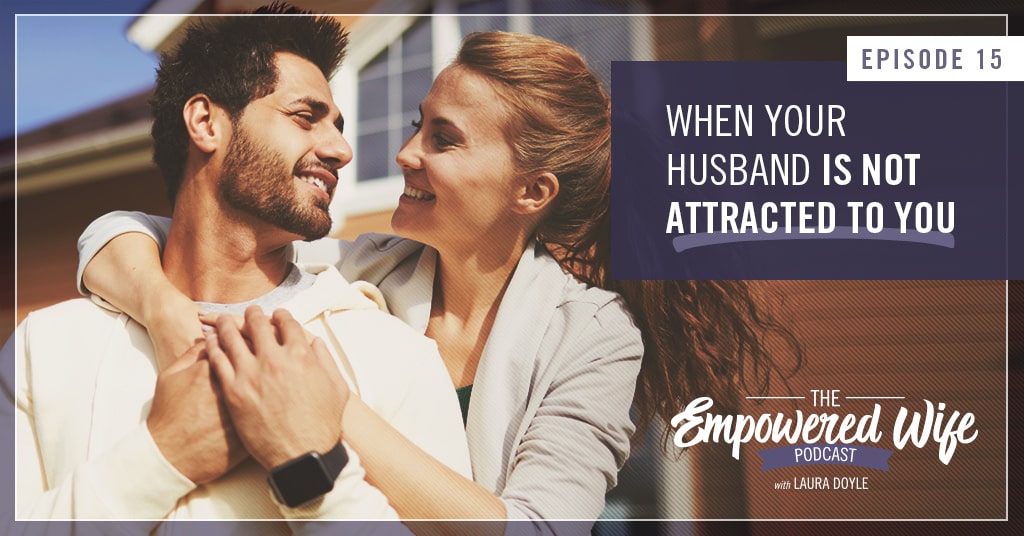 One of the most common problems I hear from wives is, “My husband is not attracted to me anymore.”

It’s always heartbreaking because I remember how lousy that felt.

Like me, these women usually think the problem is either that she married the wrong guy or that her weight, her age, or her post-baby body has made her less beautiful.

And it’s painful to think you don’t look good enough to get a pat on the butt or bedroom eyes anymore.

But how she looks is simply not the issue. Nor is it that she married the wrong guy.

Those weren’t the problems in my marriage when my husband was acting repulsed instead of attracted to me.

Something else entirely was going on, and it was a huge relief to finally discover it and get those butt pats and bedroom eyes back.

The problem was actually pretty simple to fix, and the fix had so many other benefits for me.

On today’s episode of The Empowered Wife Podcast we’re talking about what to do when your husband is not attracted to you.