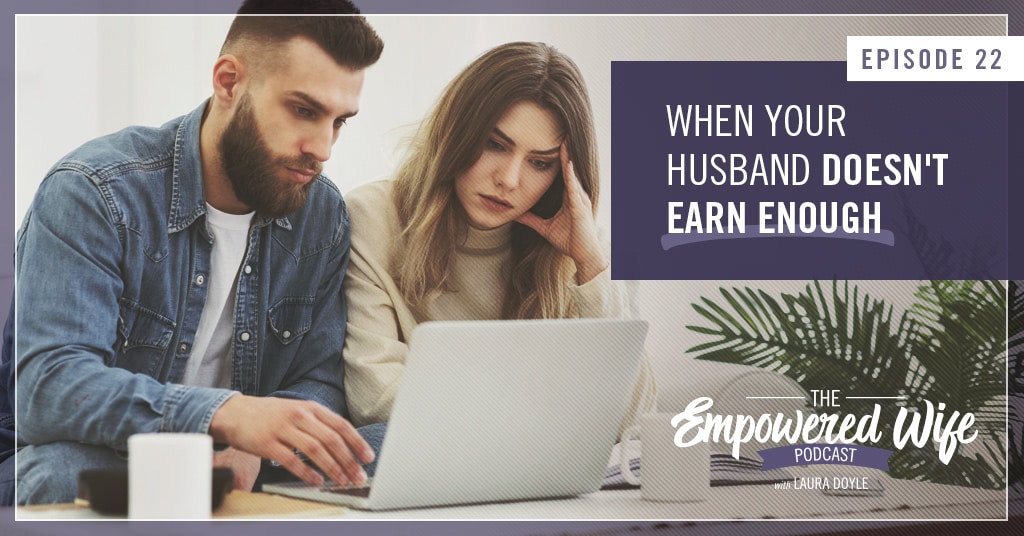 What to do if my husband doesn’t earn enough?

By the time you’re done listening to this podcast, you’ll know how to inspire your husband to be more prosperous.

What I’m going to share with you is powerful whether he’s out of work, retired, or just under-earning.

But it is not at all obvious. In fact, it’s completely counter-intuitive. At least, it was for me, and has been for many of the women I’ve worked with.

It took me many years to figure this out, and even when I did, it was hard to believe.

But now that I’ve seen it work–not just in my own marriage, but in thousands of marriages all over the world–I can’t deny that it’s ridiculously effective.

The results I see are husbands starting businesses, or growing their businesses, and getting promotions—three in one year, sometimes––or winning sales contests and getting raises.

And it was all because their wives took this scary, but enormously gratifying, approach.