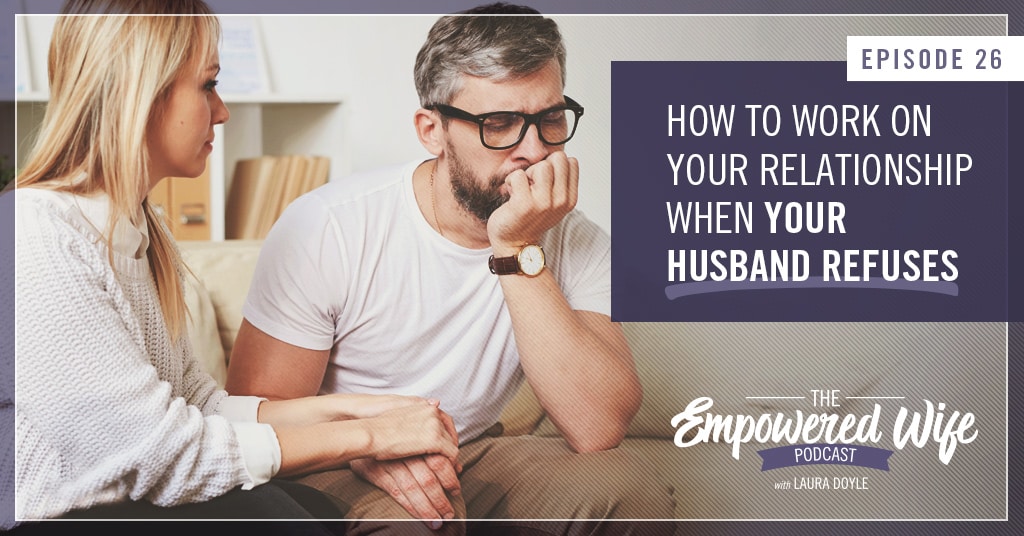 HOW TO WORK ON MY RELATIONSHIP WHEN MY HUSBAND REFUSES

Some men go to marriage counseling willingly, but most do so grudgingly, and still more flat-out refuse.

They won’t read a book about relationships and don’t seem interested in talking about the problems either.

It can be incredibly frustrating for a wife who knows that her marriage isn’t what it could be. After all, if he won’t work on things, isn’t it hopeless that they’ll ever improve?

That’s what I used to think, which is why I dragged my husband to marriage counseling.

But what if there’s a faster, more effective way to get what you really want from him—spontaneous love pats, deep, heartfelt talks, and romantic getaways—that you can implement yourself?

I’ll tell you why his stubbornness not working on the relationship is actually a blessing in disguise and how you can get those swoon-worthy encounters without him even knowing what you’re up to.

I know it may sound impossible that you could make your relationship gratifying and delightful again. And I get that the person who needs to change the most is him—and he will. You can make that happen.