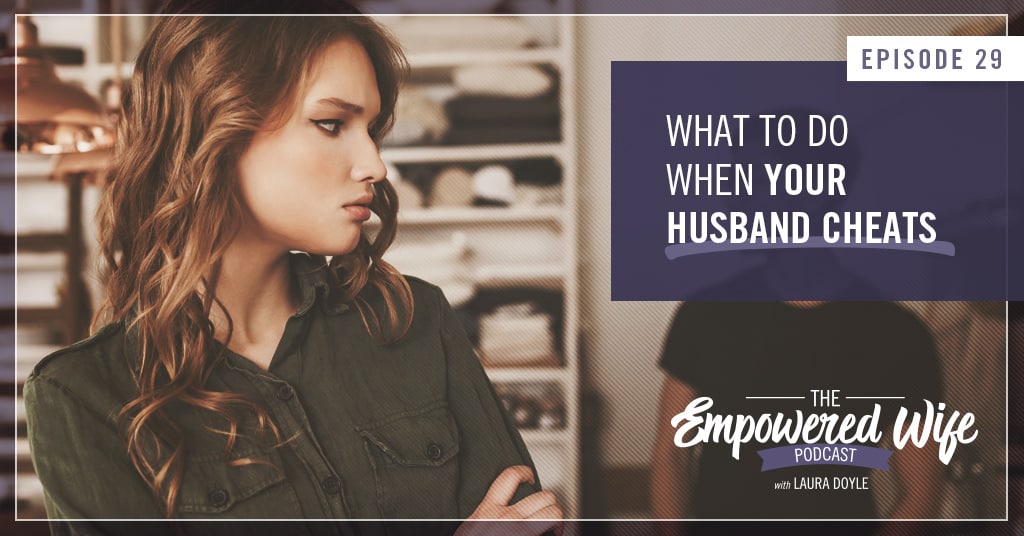 What to Do When Your Husband Cheats

When your worst fears are confirmed and you find out your husband has cheated, it’s completely devastating.

News of that betrayal likely brings up fury, deep hurt and even hopelessness.

To make things even worse, he may try to deny it or react with hostility at the mere accusation of cheating, even though–or maybe because–he is guilty as charged.

It’s normal to want to punish him so he knows how much he hurt you.

It’s also normal not to know what to do. You don’t want to feel like a fool, and you already do.

Some friends will tell you to leave him as soon as possible, that his crime is unforgivable.

But what if you’re not ready for life as you know it to end?

What if you want to keep your family together?

On today’s episode of The Empowered Wife Podcast we’re talking about what to do when your husband cheats on you.