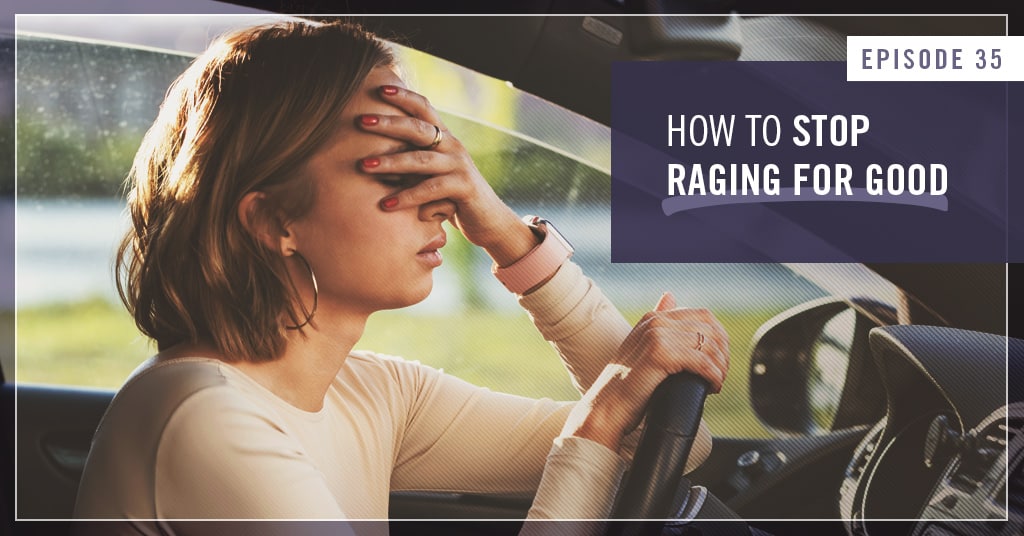 How to Stop Raging for Good?

It may not have been my first rageaholic episode, but I have a cringe-worthy memory of verbally ripping my sister up one side and down the other in anger when I was in college.

Her crime? She locked my keys in the car.

I could not contain the barrage of ugly words that came pouring out of me.

I said choice things like, “How could you be so stupid? What were you thinking? Obviously you weren’t! What an IDIOT you are!”

I went on and on in a shrill voice–all in front of my roommate.

I could not stop myself from berating her. It gave me a release that seemed impossible to deny.

It’s hard to convey the utter horror of the bully that I was.

Raging was a regular occurrence for me for over a decade. Managing that anger was impossible as far as I could tell.

But most of all, I raged at my husband, whose response was to suffer through my episodes by saying very little and escaping as soon as he could.

I always felt tremendous shame and remorse afterward. But that didn’t help me when the urge arose the next time. And the next, and the next–hundreds of times.

But I no longer feel that urge. I haven’t had a Godzilla episode in over 17 years. I don’t miss them. At all.

The cure for my anger was a byproduct of my journey to fix another problem: My broken marriage.

I’m not the only one—my clients and coaches also report that their anger subsided and they regained their dignity when they adopted a few simple practices.

On today’s episode of The Empowered Wife Podcast we’re talking about how to stop raging for good: