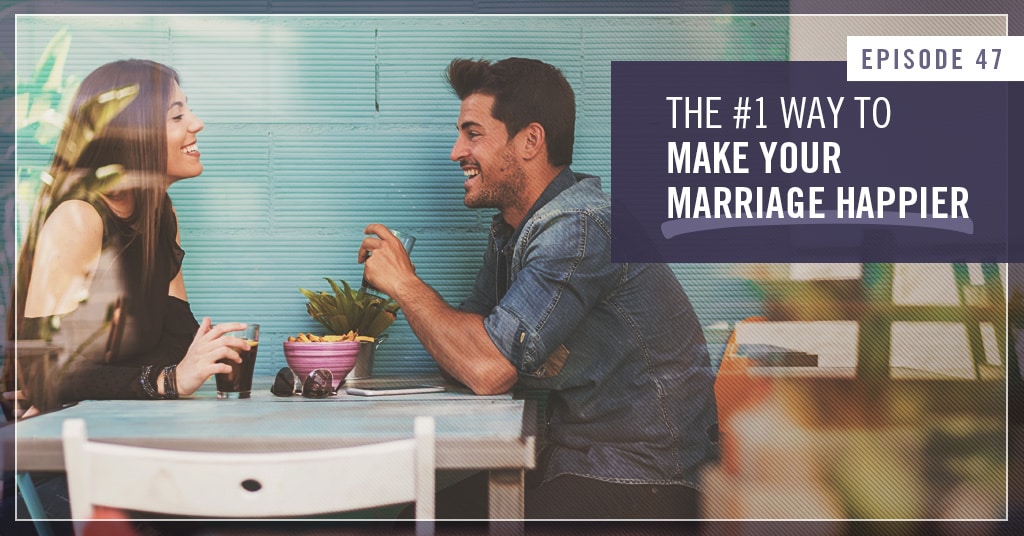 The #1 Way to Make Your Marriage Happier

Shana was upset with her husband when she got home to find the kids eating candy and playing on the iPad while he worked in the yard.

“I just can never count on him when I want to go out. He says he’s taking care of the kids and then I come home to this!” she seethed.

Meanwhile, Jessica was just as upset with her husband, who moved the computer and a huge pile of cords into their bedroom, making it look messy. “Why can’t he understand that I like things to be tidy and organized?” she complained.

Karen was equally irritated about her husband coming home from work an hour later than he said he would. “He always does this!” she told me, “I’m just going to tell him how inconsiderate he is.”

Of course, it’s easy to see ways that each of those husbands had been irritating or irresponsible, but it turns out, that wasn’t the real problem.

In each of these cases, there was something else contributing to the tension in the relationship, and it had everything to do with Shana, Jessica, and Karen.

On today’s episode of The Empowered Wife Podcast we’re talking about the #1 way to make your marriage happier: