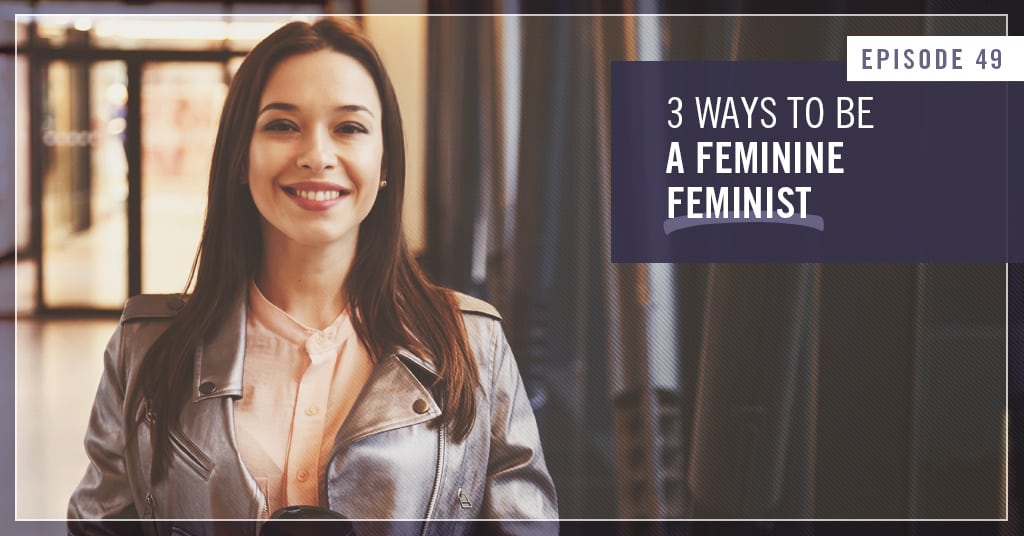 3 Ways to Be a Feminine Feminist

What if you want to be able to have every opportunity to do your life’s work and earn what you’re worth for doing it, but you don’t want to be identified as an angry woman who rails against the patriarchy and doesn’t shave her armpits?

Should you call yourself a feminist?

And what if you also want to wear sparkly necklaces and be womanly while you’re kicking butt in your career? Is that going to make you less competitive in the work world?

In other words, what if you want to be feminine and soft, yet still fulfill your earning and career goals?

Can that be done? And if so, how? What does that even look like?

In my experience, it’s not only possible, it’s the only way to truly succeed–if by succeed, you also include having a gratifying relationship.

I’m gonna assume that’s what you mean, because who doesn’t want that?

On today’s episode of The Empowered Wife Podcast we’re talking about 3 ways to be a feminine feminist: