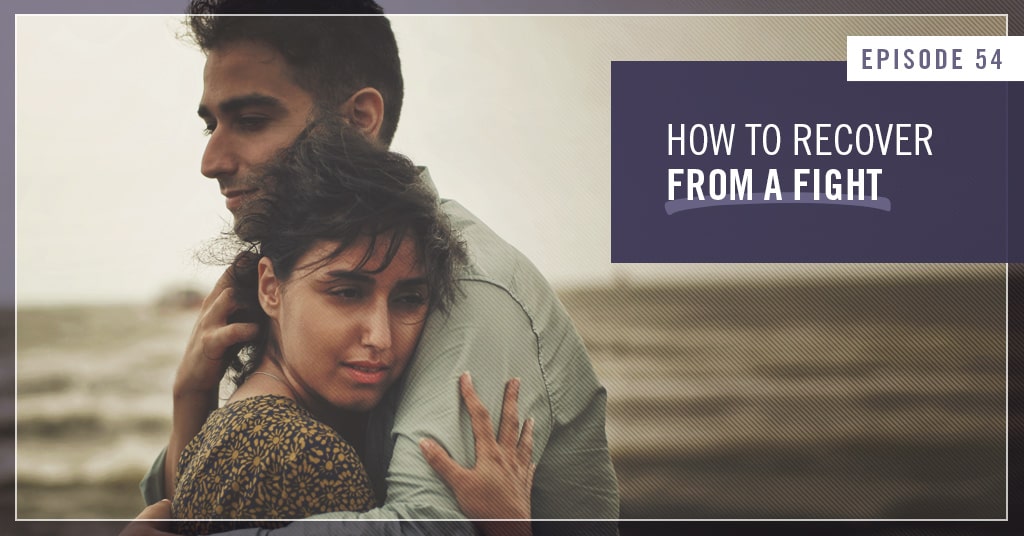 How to Recover from a Fight

If you’re anything like I was, some fights come up in your relationship more often than a hit song plays on Top 40 radio.

You don’t want to have the same fight over and over, but it keeps happening.

You’re just talking about the leftovers from dinner and next thing you know, your mother–who isn’t present–is involved, and you’re both yelling things you would be embarrassed to repeat.

You wonder why he has to yell and get so upset when the conversation was originally about Tupperware.

It makes you question whether this relationship is even sustainable because it’s so draining and painful to have these blow-ups. And so distracting from the things you were planning to do because you keep replaying the fight in your head and thinking of ways to let him have it.

Happily, you don’t have to stay stuck in wall-to-wall hostility or a week-long cold war.

On today’s episode of The Empowered Wife Podcast we’re talking about how to recover from a fight: