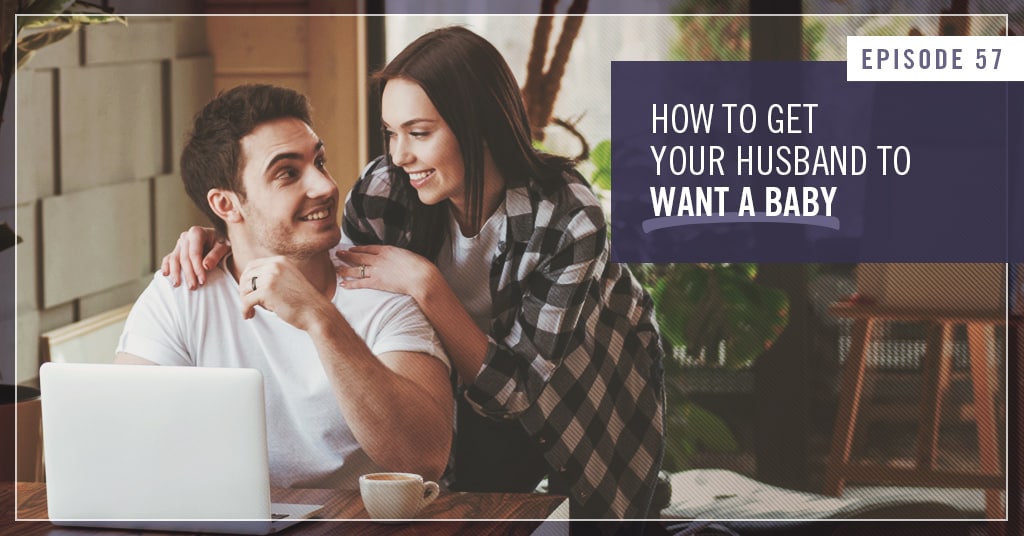 How to Get Your Husband to Want a Baby

It’s so normal for you to want a baby. And then another, and even another.

Maybe your heart yearns for enough babies to form your own basketball team–or even a baseball team.

But what if your husband isn’t on board? What if he thinks you already have enough kids?

What if he doesn’t even want one child?

One husband told his wife they needed to work on their marriage before they’d be ready to conceive.

To his wife that sounded the same as “We’re never having a baby,” which made her wonder about the benefit of being married at all, since she had always wanted a family.

But just because he’s shaking his head now doesn’t mean he won’t get behind the idea of growing your family.

There are a few simple things you can do to make him much more open to the idea.

On today’s episode of The Empowered Wife Podcast we’re talking about how to get your husband to want a baby: