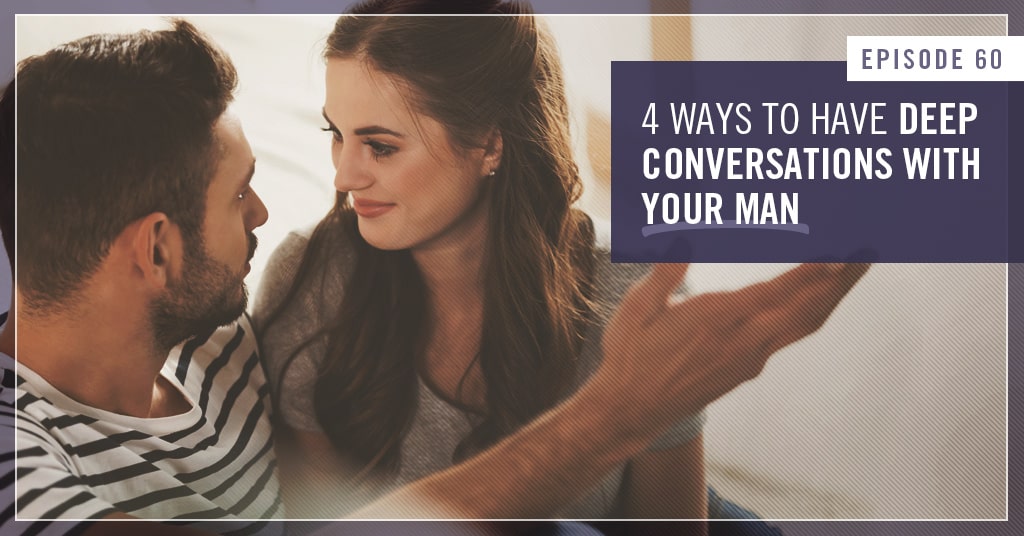 4 Ways to Have Deep Conversations with Your Man

It’s natural to want to feel close to your man by sharing your feelings and hearing his feelings too.

But what if he has no idea how to do that?

What if you ask how he’s feeling and he just shrugs and clams up? What if the only feeling he’ll acknowledge is… hunger?

You know he has feelings, but he just won’t talk about them. You wonder if he’s defective and maybe doesn’t even know what he’s feeling, which does not seem healthy.

Now that we have an unbreakable emotional connection, I realize I was going about things all wrong.

On today’s episode of The Empowered Wife Podcast we’re talking about 4 ways to have deep conversations with your man: