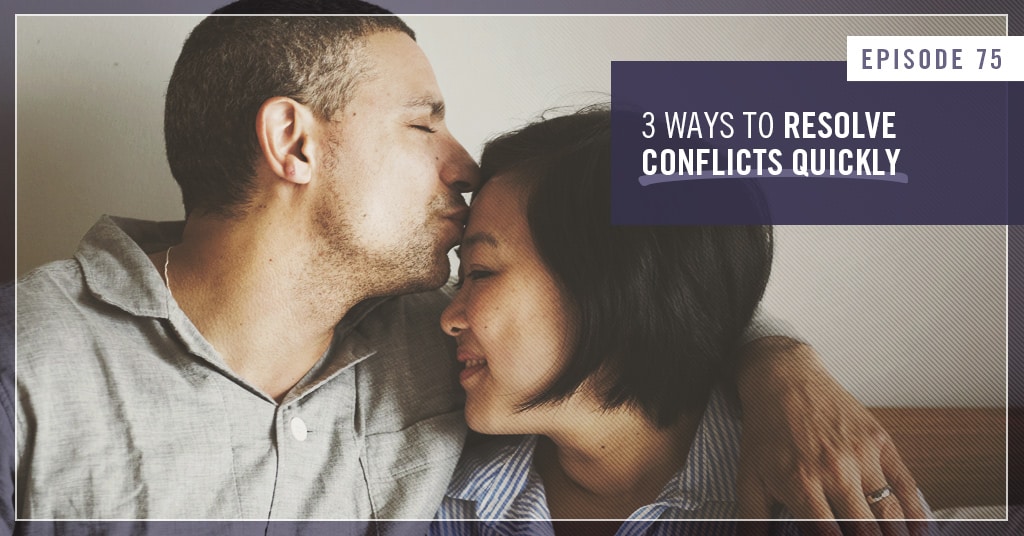 When you’re fighting, bickering and snapping at each other, you just want it to stop.

You want him to understand where you’re coming from and make him realize that it’s ridiculous to keep arguing.

Or else you find yourself imagining how nice it would be to be alone, with no one contradicting or finding fault with everything you say.

You’d also love an apology and some assurance that he’ll stop causing so many conflicts with you, the kids, the neighbors and everyone else who crosses his path.

Most of all, you want a peaceful house. But how?

On today’s episode of The Empowered Wife Podcast we’re talking about 3 ways to resolve conflicts quickly: