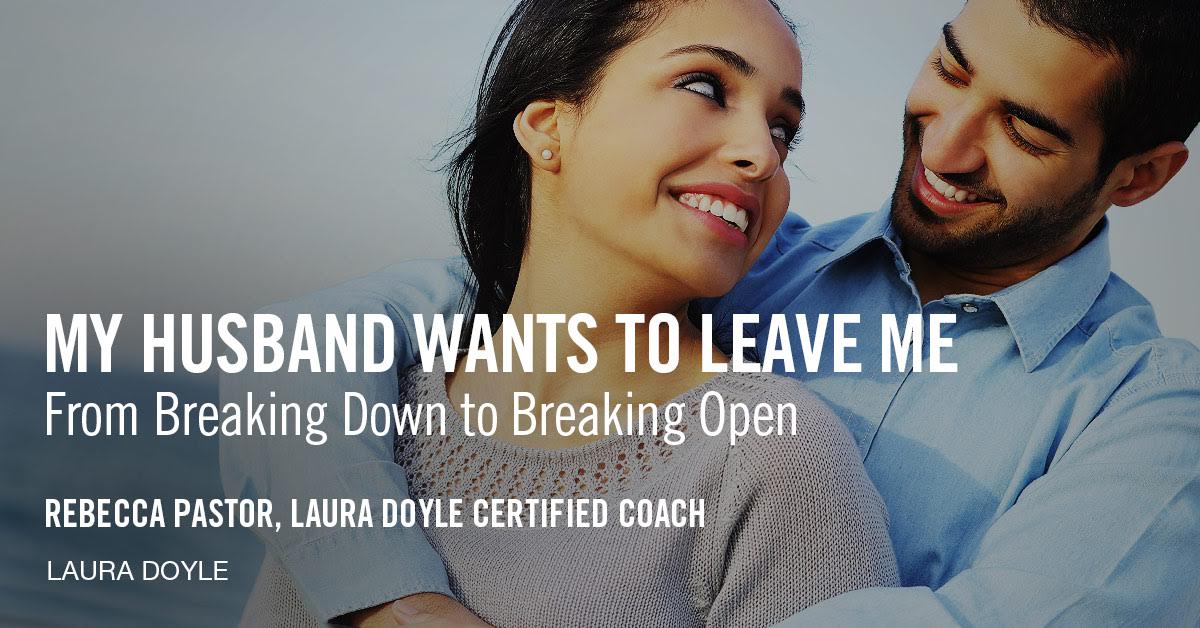 My Husband Wants to Leave Me

I come from a strong family of matriarchs, who taught me what they had learned from their own experiences: Men are not safe or trustworthy.

There seemed to be plenty of evidence to support that idea, from my grandmother’s whole family being killed in the Holocaust to a rabbi I trusted dishonoring me.

My parents’ contentious divorce when I was young also impacted my future relationships. I was ill equipped to know what a healthy marriage looked like.

I married young and it did not last. When a marriage counselor told me to divorce my first husband, I listened. I remarried again, but with no skills to make that marriage any better, it too ended in divorce.

After two failed marriages, I was done. No more men. I would not be hurt again.

So I built a fortress to keep myself safe. I would not be vulnerable with men, even though I was able to open my heart to my children and others in my life. My fortress kept me safe for a while.

It also kept me alone.

Here’s what I learned that broke down my wall so I could connect with the male species. Click To Tweet

My fortress became a problem the day I met a very special man, who treated me like a queen. He was my knight in shining armor.

So I dropped my wall and enjoyed a five-year courtship. Just like Laura says, I was great marriage material–until I got married.

After we married, my protective wall went back up. When I was scared, I turned into a shrewish, nagging control freak who took my sweet man for granted. I told him what to do, how to drive, what to wear and even how to eat!

When we fought, I had my invisible running shoes on and threatened to leave him often. I just kept thinking that if only he would change, things would be so much better.

I really believed it was all about him.

After thirteen years together, my husband became fed up with our fighting and my controlling ways. He became distant, apathetic and seemingly annoyed by my every move.

He wanted to leave, but wait—that was not part of the plan. I was supposed to be the one who left.

I felt emotionally abandoned. I was terrified at the thought of him leaving me and so embarrassed by having my third marriage fail. During the worst part of our marital crisis, I could not eat or sleep or do much of anything but cry and cry.

Fortunately, during the lowest point in our marriage, I found one of Laura Doyle’s books, The Empowered Wife. Laura’s words resonated deeply with me. I decided to commit fully to my marriage and begin experimenting with the 6 Intimacy Skills™ described in her book.

I saw a change the very first day, when I used Laura’s cheat phrase “I hear you.”

My husband was talking about a financial decision he was contemplating. Finances had always been a very sticky subject between us, with me being more of a saver and him more of a spender.

Instead of interjecting my “wise advice,” which he would only hear as criticism anyway, I stuck with “I hear you.”

He stopped talking mid sentence. He stuttered slightly and said, “Thank you for listening to me.” I was stunned.

I could not believe how quickly following Laura’s wisdom worked to improve our marriage! I committed myself to becoming a straight-A student of the Intimacy Skills. I enrolled in Relationship Coach Training because I wanted to make my marriage better ASAP.

I spent a year really focused on applying the Skills. I learned to be more respectful of my husband and of male culture in general. I became less critical and less controlling.

When my husband shared about all the ways I had hurt him for so many years, it became very clear to me why we were facing this crisis. I apologized sincerely and repeatedly for having been such a disrespectful wife. I apologized for taking him for granted all those years. I duct taped a lot when he was speaking, especially when I felt defensive.

Most importantly, I dropped my guard and became vulnerable and showed him my tears, which was completely out of character for me. That’s when the real magic happened: My ironclad fortress came crashing down.

Trusting my husband with my tears and vulnerability is the best gift I have ever given him—and myself. It meant I had broken open.

I was finally able to express how much I really loved him from the bottom of my heart and that I did not ever want to be without him.

I became the “Vulnerability Queen,” as other coach trainees called me.

My husband loved my vulnerability. He started calling me during his busy work days just to tell me he loves and misses me. He seeks me out, like he did when we first met.

He wakes up saying, “I’m so in love with you. I am so blessed. I don’t know what I did to deserve you.”

All he wants to do now is protect me and take care of me. He wants to spend his free time with me. He always wants me to travel with him on business trips, whereas before, he was probably relieved to have some time away from me.

Without the fortress obstructing my view, I am able to see my knight in shining armor again.

I started my surrendering journey to save my marriage. In the end, I saved myself. Breaking down was the first step to breaking my heart wide open for love.

Although I started out with fear and distrust of men, now, thanks to the Intimacy Skills, I feel so connected and safe with them. I believe there is so much male bashing in our world simply because most women do not understand the male species. I now understand how men think and can interpret “man language” to help other women have wonderful relationships.

I feel loved and protected by my man and have more intimacy and passion than I ever dreamed possible.

I feel so blessed to have a marriage and life that I love. I am finally able to model to our children what a healthy and beautiful relationship looks like.

13 thoughts on “My Husband Wants to Leave Me”