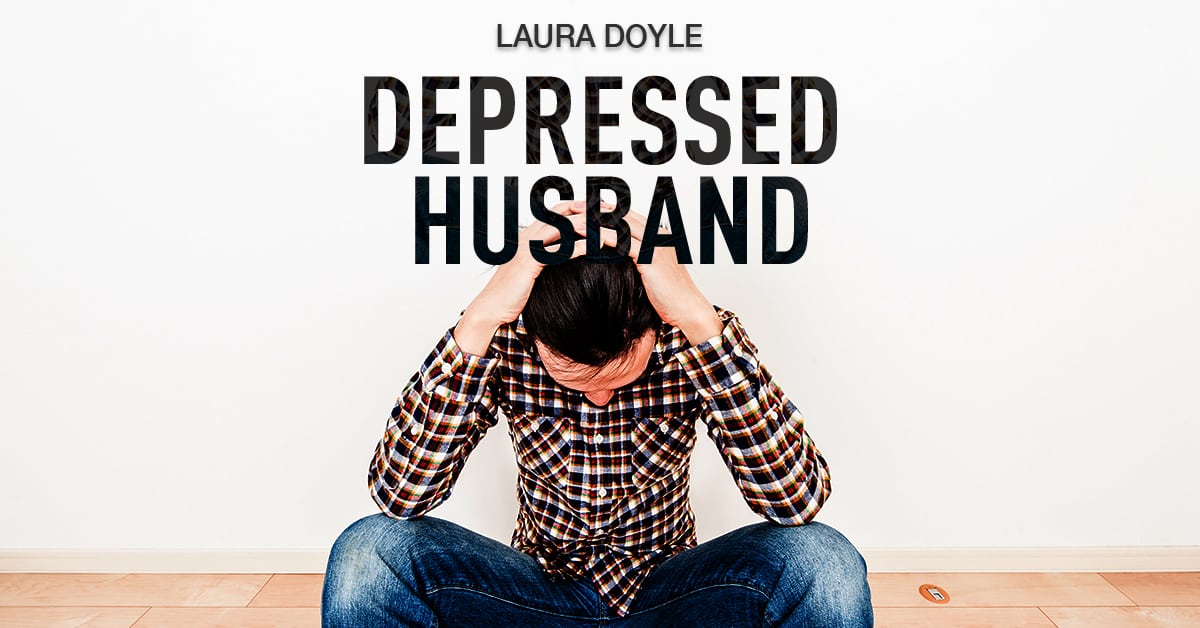 4 Surprisingly Effective Ways to Bring Him Back to Life

Being married to Eeyore is excruciating. You’ve got to wonder why your guy doesn’t just look on the bright side.

But that’s not how depression works.

It makes sense that you want his depression to lift already so that the two of you can get back to laughing and having fun again.

His dark mood may be causing you more work, more loneliness and more heartbreak than you’d like to admit.

Of course you’re not responsible for your husband’s depression, since you can only control yourself.

But you have tremendous influence over his outlook on life, including whether he feels confident and can-do or spirals into what’s-the-use mode.

Here are four powerful ways you can make the sun come out tomorrow.

Bet your bottom dollar on it:

You’re not the one who’s depressed, I realize, but you can’t say you’re overjoyed either, I bet.

Here’s how I know: husbands take a great deal of their sense of self-worth from knowing they are making their wives happy.

I’ve asked thousands of men about this. They all say the same thing about how vital it is for their wives to be happy.

If you’re not happy, then he feels he’s failing at that vital mission.

And if you’ve been unhappy for years, he’s likely to feel that he’s got an impossible job he’ll never succeed at.

Who wouldn’t be depressed?

Therefore, instead of focusing on how he’s so blue, get into the pink yourself.

You may feel like his gloominess is the reason it’s hard to be happy yourself, and I get that. But there are still good times to be had.

Listen to your favorite up-tempo song five times in a row and do your happy dance.

Watch a movie you love, and talk to the friend who makes you laugh the hardest.

Have a chocolate éclair and a cup of coffee at a pretty café while you read a gossip page for 20 minutes.

While you’re in the afterglow, say out loud, while he’s in earshot, “I’m so happy! I feel great.”

Do whatever you can to make yourself smile so that he has a chance of feeling successful at making you happy.

Granted, you did it yourself, but now he knows that it’s possible for you to be happy, and he will want to pile on.

This step is indispensable for busting up your man’s blues because his outlook won’t improve one bit until yours does.

But on the flip side, as soon as he hears you laughing and sees you doing your groove thing down the hall, he will perk up.

I see it happen all the time.

Depressed husbands need love the most when they deserve it the least.

If he’s been out-of-sorts for a while, you may have started covering for him by putting the kids’ cheer competition on his calendar so he won’t forget, or reminding him to call his mom, or suggesting that he go to the doctor for antidepressants, for example.

You mean to help, but implicit in your actions is the message, “I don’t trust you to run your own life.”

That translates into, “You’re not capable and competent.”

For a husband, saying this is the same as saying, “You’re not lovable.”

Actions really do speak louder than words, and you can imagine how hearing that message from the woman who knows him best in the world would weaken his spirit.

I know you didn’t mean to make your husband’s gloomy mood worse. I didn’t either. But that’s what I unwittingly did before I knew any better.

It wasn’t until I started acting like I trusted him to take care of his life and some things for the both of us that my husband started to regain his optimism and confidence.

But as soon as I did, everyone noticed something was up with my husband.

“What happened to John?” they would ask me. “Has he been working out? He looks different.” One friend even said, “John looks taller.”

That’s because he was standing taller.

The same will happen to your husband when you start acting like you think he’s competent—even if that means you have to pretend.

3) Ask for His Help with Your Problem

On his show The Dog Whisperer, Cesar Millan helped a couple whose dog was restless and destructive by making a backpack for the dog to carry.

When the couple walked the dog with his backpack on, it changed the dog’s whole demeanor. You could see the dog puffing up with pride that he had made a contribution to his “pack.”

Your husband has the same inner drive to feel useful, and may feel similarly distressed if you’re eliminating the need for him to contribute by operating independently.

Consider running a problem past him and asking for his thoughts on how to solve it.

Ask if you can “borrow his brain.”

It could be something at work that you’re not sure how to handle, or a worry about your mom, or his advice on how to get your phone to stop playing music randomly.

You may not feel you need his help, but wouldn’t it be nice to have it?

He may come up with something you never would have thought of. Husbands often do. That’s one of the reasons you married him.

If you like his idea, great–you can thank him and be on your way.

If you don’t like his idea, chances that means there’s something else you want that he doesn’t know about and he needs that information to help you get it.

Maybe you want to solve the problem without troubling your boss, or bring your sister along, or to have your phone just behave itself without carving out time for tech support…and his plan doesn’t allow for that additional thing you want.

Even if what you want doesn’t seem all that reasonable, that’s okay–you can let him know that part too by saying, “I also wanted _____.”

Continue to express each desire as you recognize it during this conversation so he can make suggestions that take those into consideration.

That’s what he wants too–to make you happy.

4) Appreciate Him Three Times a Day

Here’s where we are so far: you’re happy and your husband sees that, and he knows he can succeed in making you happy.

He also knows you think he’s competent and capable.

He’s even feeling the glow of knowing that he’s solved your problem.

You might even catch him whistling, or laughing, or making bedroom eyes at you again, like his old self.

None of that matters nearly as much as what he sees when he looks in his wife-mirror.

Now it’s time to put the frosting on the frosting by appreciating him at least three times a day for his contributions, big or small.

You can be grateful he made your coffee, or shuttled one of the kids to their lessons, or that he works so hard to support the family (even if you do, too).

Appreciate that he unloaded the dishwasher, that he listened to your problem, and that he was so accommodating when your family was over.

Acknowledge that he lightens your load because he takes good care of the cars, handles the taxes or whacks the weeds.

When you do, you’ll no longer find yourself tempted to tell him to “snap out of it.”

You won’t need to because soon, he will be out of the depressed fog and seeing possibilities and feeling hopeful.

After all, the woman who knows him best in the world treats him that way.

That’s all the evidence he needs that all is right with the world.