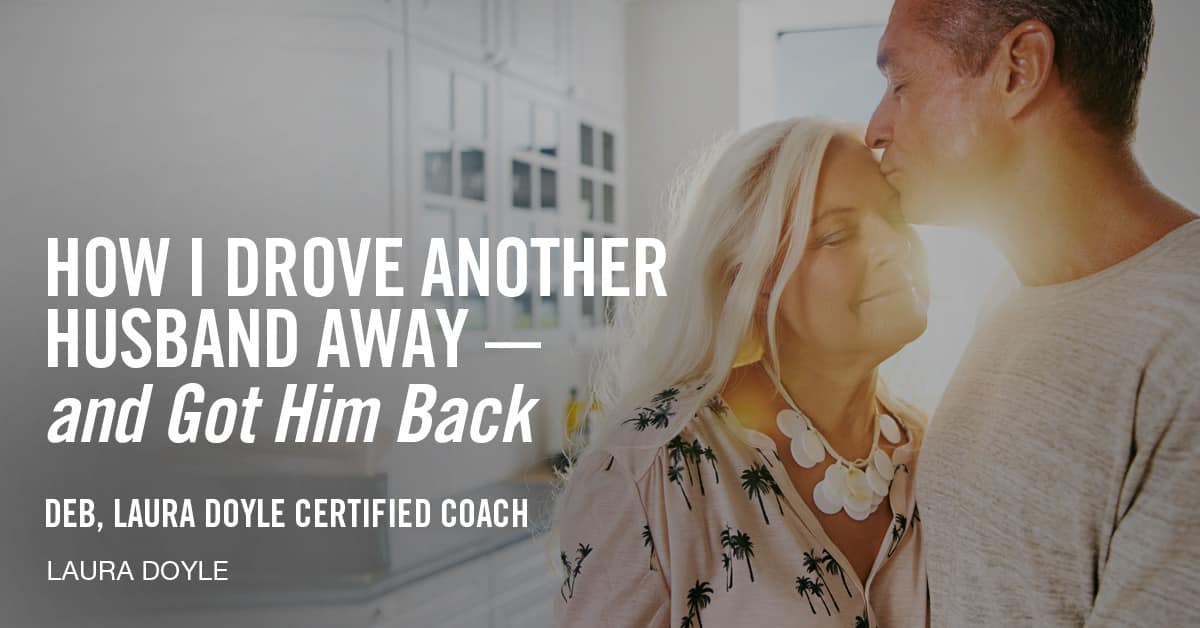 How I Drove Another Husband Away—and Got Him Back

“I don’t think I can do this anymore.”

I had heard those words before, years ago, from a different husband. That time, I had four babies under the age of six.

Sadly, the common factor was me.

I stumbled away and drove, sobbing all the way. I stopped halfway at a women’s refuge and pleaded with them to help me. They couldn’t.

I cried out to God. “Help me. Show me what to do. I can’t go through this again.”

Long, dark hours later, I arrived at a lonely hotel. No messages. Nothing. I took a sleeping pill and cried myself to sleep.

I spent the next four days with my girlfriends, celebrating our fiftieth birthdays. We shared our stories, cried, laughed and floundered around trying to find solutions for our myriad of marital problems.

Then I had to head home. Would my husband even be there?

I took my time. With my surfboard, a tent and a sleeping bag, I cruised my way south.

I kept praying, “God show me.”

How could I mend something when I didn’t understand why or how it was broken? Why had two husbands wanted to leave me? I was consumed by self-doubt.

I was a teacher and knew that the secret to problem-solving was having an open mind and a humble heart.

I drove to a bookstore and went to the self-help section. One title jumped out at me: First, Kill All the Marriage Counselors (now The Empowered Wife).

The title struck a chord for me because, despite our marriage difficulties, my husband had refused to see a marriage counselor. He was so embittered.

He was a pastor who had been married before. He’d been willing to do whatever it took to save their marriage.

The marriage counselor had advised my husband’s first wife that he was a misogynist and that there was no hope for the marriage so she had better just leave.

So he raised his five children alone, until we met in an online chat room.

It was love at first type. He was loving, strong, dark, handsome and just what I was looking for.

He crossed the continent to join our families. Two adults, nine kids, umpteen pets and a free set of steak knives!

Despite our love, it was hard work from the start. We had little time alone, a huge blended family and different ideas about everything! I became stressed, disappointed and negative. We argued.

Or at least I did, but it was always his fault! Wasn’t it?

I said terrible things. Sometimes I swore and threw things.

He was self-controlled and reserved. He stonewalled me. Once, he didn’t speak to me for two weeks. It was so lonely.

After ten years, I was ready to leave. So, it seemed, was he. But I just couldn’t go through with it. I had married before God for life.

So there I was buying my book. The shop assistant laughed. “I should buy ten of those!”

I read at a nearby cafe. I consumed a lot of coffee and humble pie!

I texted him, apologizing for my disrespect. For the first time in five days, he communicated. He said he loved me and hated fighting. I was blown away!

I responded, thanking him for all the things I could. He replied that he really wanted to see me. So we met up the coast.

The first day was amazing. We talked. I listened and was vulnerable.

It didn’t last. On the way home, he criticized my driving and I exploded. The tensions were still there, just below the surface. I didn’t know how to cultivate intimacy or how to respond to his criticism. I felt misunderstood, angry and helpless.

Feeling like a failure, I secretly talked with a Laura Doyle coach. I realized that if I ever wanted to be a happily married, I needed the right education and support.

I had several setbacks. My coaching group encouraged me to persevere.

It took a long time for my husband to trust that I really was different. I was sometimes vaguely disrespectful, couching it in sweet talk, but his respectometer was so sensitive!

Whenever I crossed the line, even slightly, he would drag out his old catchphrase: “You’re so controlling. Everyone says so.”

One day, after steadfastly refusing to be baited into a fight, I ironically yelled, “I don’t do this anymore!”

Fast forward to Valentine’s Day. I wished my husband a Happy Valentine’s. He grinned and said, “Is it? Whoops!”

The old, un-surrendered me would have responded angrily. This time, I grinned. “Every day is Valentine’s Day with you,” I said as I waltzed out the door.

Hours later, the rich perfume of roses and a delicious dinner welcomed me home.

That was just the beginning. So many amazing things have happened since I surrendered that it blows me away. He decided to provide for us by selling his collections of horses and old cars. I had badgered him to do this for years, with no result except a cold war. Now he is doing it willingly, as my hero.

I have left my exhausting teaching job and am happily working a mere ten hours per week.

I am about to go to Europe with a husband who said he’d never! We’ve been on two trips to Sri Lanka and one cruise, not to mention getting new lounges and a new car. Now he is always taking me out. And buying me clothes! So weird. This is a pastor who never had any money.

We still have our bad weeks. Last week was a doozy because we started a new diet, but we got over it and he has been doing what I call “man sorries” ever since: setting tables and doing dishes, washing and vacuuming! He never did this before. He gives me the occasional verbal apology too.

I have a new peace knowing that trouble is not always my fault. My side of the street tends to be clean now, whereas I used to have to apologize all the time. I feel more peaceful and feminine.

My relationships across the board have improved. My sisters are now seriously surrendering and loving their transforming marriages. It’s so beautiful and exciting to be able to support each other like this.

My husband and I are just about to go off on the Harley for a mystery lunch. He likes taking me out now, so I’ve got to run!