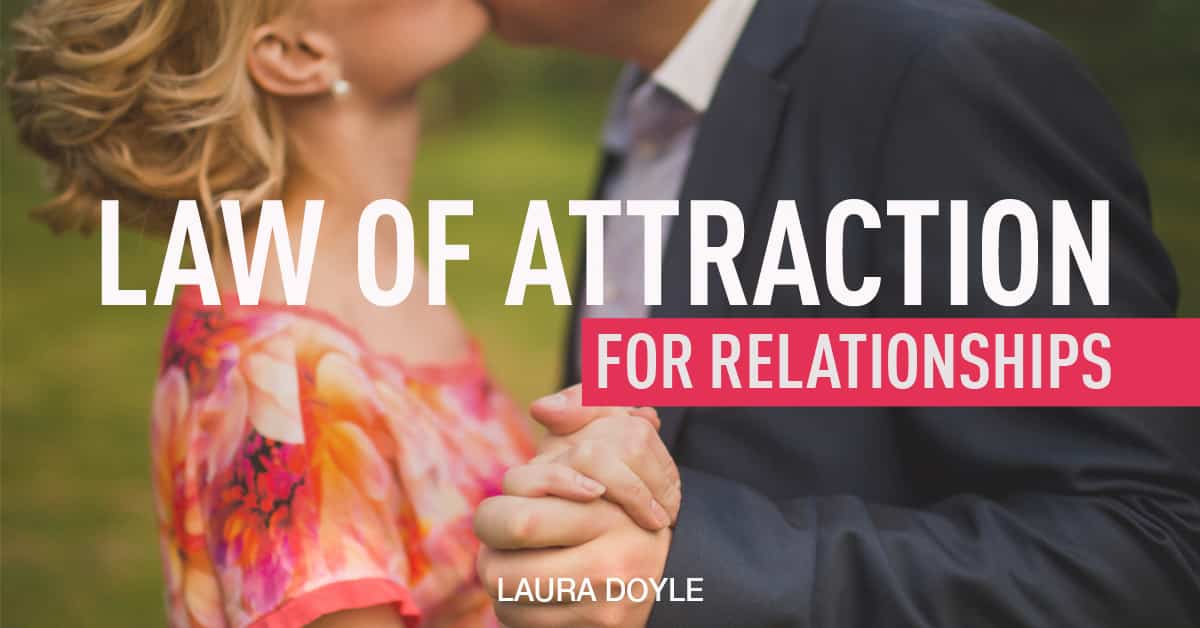 The Laws of Attraction in Relationships

How to Create the Kind of Relationship You Want

What you focus on increases.

That’s the law of attraction at its core, and it’s my experience in my relationship too, and what I witness with my clients.

When I repeatedly suggested my husband ask for a raise at work, what I was really saying was, “You don’t make enough money.”

That’s how good I am at manifesting what I focus on.

You could say that was his decision and I just happened to be married to him, but when I changed it up to start focusing and talking about how he was a good provider, he started a very successful business.

That was over a dozen years ago, and his business is still going strong.

I’ve been calling him Mr. Moneybags the entire time.

That doesn’t seem like a stretch at all now, but it sure did at first.

It didn’t take long for him to live up to my Spouse Fulfilling Prophecy (SFP).

I created my SFP because I decided to focus on what I wanted instead of what I didn’t want.

I’m just one example. I see women create the kind of relationship they dream about all the time by focusing on what they want instead of what they don’t want.

But what about the other person’s decisions, you might wonder. Don’t they get a say about what’s going to happen too?

Of course they do. But you have more influence than you think. In fact, you hold the key to how your husband or boyfriend will respond to you.

Here are the steps to using the Law of Attraction to create what you want to experience in your love life: Click To Tweet

Every unhappy wife or single woman I’ve ever worked with has a complaint about men (i.e, they just want sex, there aren’t any good ones, they don’t want a relationship) or her man specifically (i.e., he’s controlling, narcissistic or preoccupied).

For her, the complaint is just how it is—reality. She has no concept that what she’s telling me is actually the reality she’s created by focusing on it.

I can understand because I remember feeling the same way before I learned how to apply the law of attraction for relationships.

The good news is that your complaint is exactly what you need to get started with using the law of attraction.

Whatever tumbles out of your mouth when I ask about what you don’t like about your relationship (or lack thereof) is what you’ve been attracting and creating.

So to get started, write down your biggest complaint: He never wants to spend time with you. He’s grumpy all the time. You never meet anyone you’re interested in.

Whatever you’re having the most pain around—that’s where you want to start.

2. Flip your complaint upside down.

Under every complaint is a hidden desire. What’s yours?

Is it that he would want to spend as much time with you as possible? Is it that he’d be in a better mood? Is it that you’d meet a man you’re really interested in?

Complaining is the lazy way to express your desire. Find your desire by putting it in the positive and writing it down.

So if you’ve done steps 1 and 2, you have written down both a complaint and a corresponding hidden desire.

Careful that you don’t put it in the negative, as in, “for him to stop earning so little money.” That’s just the complaint restated, and that’s going to have you attracting more of the same—so little money.

You’ll know you’ve arrived at a pure desire when you read what you’ve written and you feel happy thinking about having exactly that.

3. Start saying the desire, or the Spouse Fulfilling Prophecy, out loud to yourself and others.

If you’re in a relationship and wanting to have a more gratifying experience, you’ll want to repeat your SFP to yourself and to him.

It’s going to feel funny to you when you first say it. That’s a good sign, actually. It means you’re uncomfortable because you’re making a change.

Things have to change if they are going to improve.

Patricia was unwittingly using the law of attraction to create distance in her marriage by repeating the mantra, “You never want to spend time with me.”

She had focused on all the times her husband chose to do something other than spend time with her, and there were plenty. She was hurt and angry every time, and she couldn’t understand why he would be so neglectful of his wife.

She was convinced she had married the wrong guy, that he was just immature and selfish.

When we spoke about it, Patricia began to see that she may have been contributing to the problem by affirming it with an SFP, and gathering evidence for her belief—even though it wasn’t serving her. At all.

She decided her new SFP would be, “I know you want to spend time with me.”

The next Saturday she was looking forward to spending the day with her husband. When her husband accepted an invite from a friend to go mountain biking that day instead, Patricia responded out of habit with her old mantra, “You never want to spend time with me!” and left the room in a huff.

But a few minutes later, Patricia realized that she was still creating the kind of relationship she didn’t want instead of the kind that she did.

She went back to talk to her husband and said, “I’m sorry I got upset. I know you want to spend time with me. I’m sure you’ll figure it out.”

It felt like a crazy thing to say. She wondered if he would question her, since it felt like such a departure from reality. At least the one she had been focused on.

She was shocked when, a few minutes later, her husband said that he had called his friend to tell him that he couldn’t go mountain biking after all. “I told him I wanted to spend the day with you.”

“I had no idea it would work so fast,” Patricia admitted. “But I’m happy that it did.”

Focusing on what you want instead of what you don’t want may take a little getting used to for you, too, but having the relationship you crave—the kind that’s exhilarating, vibrant and confident—is so worth the effort.

If you find yourself thinking it would never work in your situation because your relationship (or lack thereof) is so difficult, broken or troubled, consider changing that with a Spouse Fulfilling Prophecy.

What will your new Spouse Fulfilling Prophecy be? Pretty soon, that will be your reality.

39 thoughts on “The Laws of Attraction in Relationships”