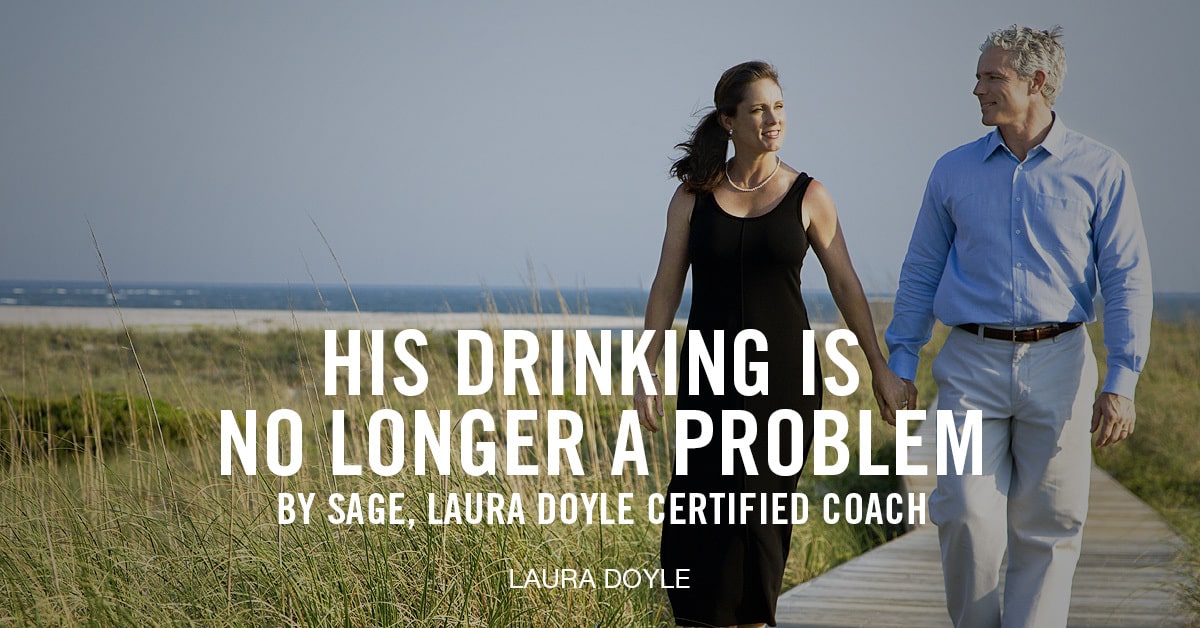 His Drinking Is No Longer a Problem

By an anonymous Empowered Wife

When my husband and I met over 20 years ago, I knew he enjoyed drinking beer or whiskey every day. As a hippie chick, granola type, I was more interested in herbal tea and berry smoothies.

I felt a bit nervous about his drinking, but I loved him and thought I could adapt.

Over time, though, I began to consider my husband’s drinking a problem.

When he drank too much, it was unpredictable whether he would ascend into charm or descend into insensitivity and mean-spiritedness. He could get loud, obnoxious, sloppy, dull-eyed, and make aggressive remarks.

I did not like his drinking. I wished he would change. Then I would feel happier.

Prior to learning the Six Intimacy Skills™, I dealt with his drinking in a variety of ways.

While he was drinking, I either avoided him or did damage control.

When he was sober, I had strategies to try to control his future drinking:

I told him how I felt—anxious, hurt, embarrassed.

I expressed my worry about his health if he continued drinking. I told him his liver might fail.

I questioned him. “Why is drinking so important to you?” Or, “Is it really necessary to have alcohol at every family gathering?”

I tried freezing him out to let him know I was unhappy with his drinking.

I accused him… of getting drunk, of neglecting me, of choosing alcohol over me.

I suggested he get a professional alcohol evaluation.

I used his drinking as a bargaining chip. “You get your beer. I think I should be able to get a cat.” He hated cats.

None of my strategies curtailed his drinking. Nor did they bring us closer. Instead, they triggered defensiveness, attack, and increased marital distance and discord.

I did manage to get a cat out of the deal, but he hated the cat and it became a source of even greater contention between us.

Fast forward. After 20 years of marriage, I was fortunate enough to find and begin applying the Intimacy Skills. I made some initial progress by reading some of Laura Doyle’s books and later deepened my practice of the Skills through coach training.

I learned about Spouse-Fulfilling Prophecies (SFPs) and discovered that I had a negative SFP: “My husband is a problem drinker.”

To me it seemed true. I had evidence.

One day an acquaintance visited us. Her husband had been a colleague and drinking buddy to my husband many years prior. She complained that her husband, since retirement, did not do much except drink. She sounded exasperated.

Her husband sounded even worse than mine. After she left, I turned to my husband and said, “I am so grateful you are such a responsible, light to moderate drinker.” A positive Spouse-Fulfilling Prophecy was born in that moment.

His face lit up and he responded, “Yeah, that’s right.” He acted like I finally got him.

I was surprised he believed my statement and didn’t accuse me of being sarcastic. I did not really believe it myself. It felt like a real stretch to me.

I started playing mini-detective and began actively looking for evidence to support this new SFP anyway.

If he came home from a bar looking like he’d had one too many, I began to say, “That is not like you to drink so much. You are such a responsible, light to moderate drinker.”

He agreed it was not like him. He began to do self-analysis and say things like, “I should have had something to eat before the beers. I wouldn’t have been so affected.”

I noticed he started coming home from the bar telling stories about how other guys were drinking too much and acting loud and obnoxious. Ha. He then reported, “I just had one beer.”

I responded, “I am so grateful you are such a responsible drinker.” He beamed.

While working on this SFP, I was also practicing other Intimacy Skills.

I became more respectful and less controlling. I stopped criticizing him for his drinking. I stopped giving him advice, complaining, and questioning his choices, and I stopped freezing him out when I disapproved.

If he said anything insensitive, I just started saying “ouch” and putting on duct tape. That stopped arguments.

I kept myself happy. For example, if he was drinking and I began to feel anxious, I would immediately turn to my own self-care. I’d take the dog for a walk or call a friend. Attending to my own happiness alleviated my anxiety and eliminated resentment.

On one occasion this year, we gathered with family and friends at our family cabin. I knew there was potential for a lot of drinking that day. When several others went to the bar to watch sports, I opted to stay back at the cabin. This was self-care for me.

When I showed up at the bar to pick up my husband at the prearranged time, he loudly told me to sit down. I felt anxious and did not want to be in the bar waiting for him. In a friendly tone, I said I would be in the car and he could come out when he was ready. I enjoyed reading my book in the solitude of my car.

When he came out, he thanked me and promptly fell asleep while I drove home. No needless emotional turmoil (NET). Whoo.

Recently, we were on a cruise. We were given two drink tickets for an excursion. When we arrived at the excursion, they told us we could upgrade to unlimited drinks for the day for an extra $10.

My husband immediately jumped on it, then paused, changed his mind, and stated, “Two is enough.” Wow. I was so pleased.

Although things are not perfect in our home, they are so much more peaceful. While my husband still drinks a little daily, I do not think of him as a problem drinker. I feel relaxed and no longer worry about his drinking. I truly see him as a responsible, light to moderate drinker—not to mention a sweet and thoughtful guy (another SFP).

37 thoughts on “Living with an Alcoholic Husband”