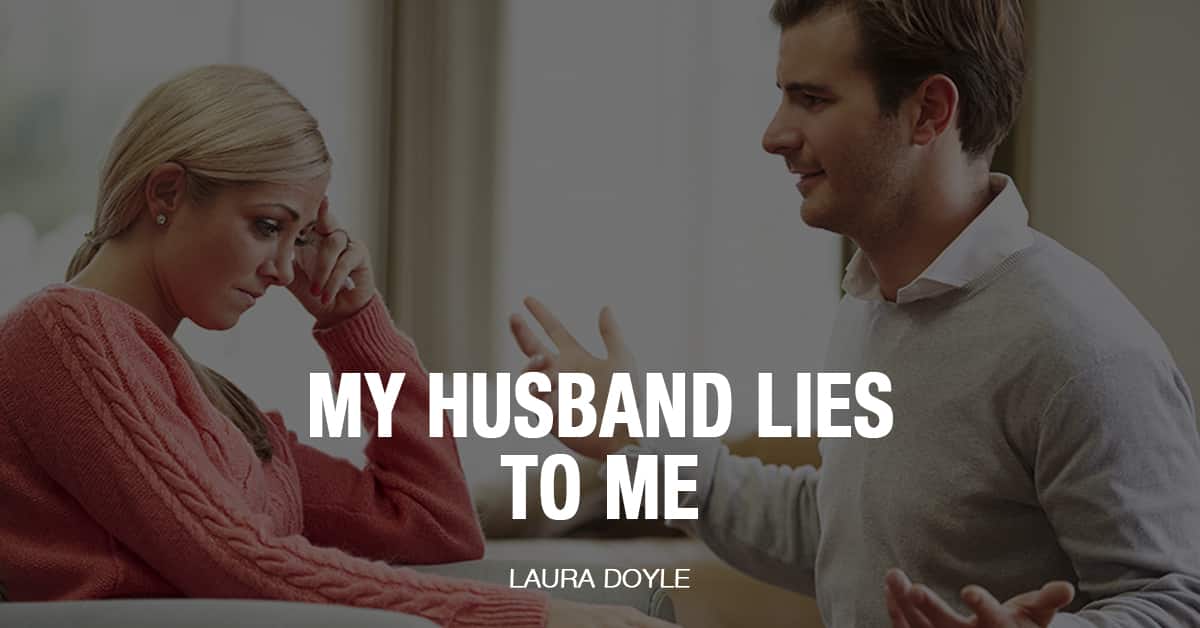 My Husband Lies to Me

How to End the Deception and Have an Honest Relationship

If you’ve ever caught your husband lying about where he was, who he was with or what he was doing, you know how much it stings.

If the lies were to cover up his drinking or smoking or who he was with, it can shake you to your core.

After all, how much worse can it get than him lying to his wife? What else is he lying about?

Isn’t honesty a basic requirement of a marriage?

Your friends and family will likely add fuel to the fire by assuring you that him lying to you is a serious problem.

But before you give him an ultimatum or stop trusting him completely, consider an approach that will preserve the connection between you first.

Gina encouraged her husband to quit smoking for years, and finally, he did!

Then one day she smelled smoke on him, but he reassured her that it was because he had been talking to his friend Joe while Joe was smoking. She was doubtful, but she wanted to believe him.

Then she caught him red-handed, smoking a cigarette. Two butts in the ashtray.

“I’m not stupid. I know he started smoking again a while ago, and now I realize that not only is he a smoker, he’s not an honest person.”

But what Gina wasn’t considering was the high price she had been making her husband pay for being honest.

What if he’d admitted to her, “Hey honey, I started smoking again.” She would likely have been unhappy and possibly critical or shaming of that decision.

Although she called it encouragement before he quit, her husband might very well have thought of her efforts as nagging and control.

Naturally, he didn’t want to go back to that. As a mere mortal man, he decided to save himself the hassle and just fib until he quit again.

We had the same problem around here when I was constantly monitoring what my husband John spent, or how he prioritized his tasks around the house—he lied to me to get me off his back.

But it does make sense when you consider human nature.

So one way to create a more honest culture in your relationship is by giving your guy autonomy over his own choices—like smoking, drinking, who he talks to, and what he watches.

Even if you think it’s best that he cut back or stop certain behaviors, know that telling him so is discouraging him from being honest with you.

If it’s honesty you want, consider relinquishing inappropriate control of his life and focusing more on your own happiness.

As a newlywed, I (wrongly) assumed it would be okay for me to read my husband’s journal because now that we were two who had become one, there was nothing he would want to hide from me.

It’s embarrassing to admit now! But that’s how I thought then.

These days I see my husband as a sovereign individual who is entitled to some privacy.

If your husband has done something in the past that feels like a betrayal, then you might feel that he should be completely transparent. You might think that he should give you the password on his phone—or else it’s proof that he’s doing something he shouldn’t be.

The flip side is that it’s pretty suffocating to know that someone else is watching your every move and wants to know your every thought.

It’s enough to cause someone to be less than honest so they can breathe a little.

What to do instead?

Consider making a decision to trust him and affirming that decision out loud to him and to yourself. You could say, “I’m grateful to have such a trustworthy husband.”

People tend to rise to your expectation of them, so why not expect the best?

When Curtis was nearly five, his parents discovered that someone had written C-U-R-T-I-S on the wall in crayon.

When they asked him if he knew who had done that, he shook his head with a vehement “No! It wasn’t me.”

Curtis’s motives for lying were pretty obvious: he didn’t want to be punished for marking up the wall.

If he hadn’t feared an unpleasant consequence, he wouldn’t have bothered to lie. He would have just said, “Yep, that’s my name! Curtis!”

Same thing goes for your husband. If he doesn’t fear an unpleasant consequence, like being criticized, rejected or punished, then he will be free to tell you the truth.

Creating a culture of emotional safety is a powerful way to foster honesty.

If you find out he was with his friend Joe, who you think is a bad influence, and you say only, “How’s Joe doing?” (without rolling your eyes), then he learns that he doesn’t have to cover his tracks when he’s with Joe. He can just tell the truth.

That’s the magic of emotional safety.

To this day I sometimes get riled up hearing about the customers who don’t pay my husband’s business on time.

I’ve noticed he rarely mentions those slow payers anymore. So I brought it up, saying, “I haven’t heard much about your slow-paying customers lately.”

He replied, “I know you don’t like to hear about negative things, so I try to keep you from hearing the bad stuff if you don’t need to know about it.”

In other words, he was protecting me so I could focus on important things like the new paint color in my office and working on my mission to end world divorce.

My husband may have a slow-paying client right now, and it could be on his mind and I wouldn’t know about it. He’s not volunteering that because I don’t need to know. It doesn’t affect me.

You could argue that he’s less than forthcoming about that topic, and I’d say I probably need to work harder on step #1 of this blog, giving him autonomy, if I want to be included in that conversation.

But for the moment, I’m content not to hear about those slow payers. I see his decision to keep that aspect of his business to himself as protection, rather than lying by omission.

Once you create a culture of honesty in your relationship, you’ll rarely have suspicions or concerns about whether your husband is being honest and forthright.

As a fringe benefit, following the suggestions in this blog will also lead to more intimacy, connection and peace between you, and that’s no lie.