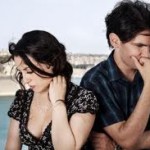 If you want to save your marriage, for the love of God, don’t go to marriage counseling.

Eighteen years ago my marriage was in tatters. My husband and I went to counseling for years thinking there was something wrong with us, but we finally realized that the counseling was the problem. That set me on a path to discovering the principles of intimacy, which I describe in The Surrendered Wife, a New York Times best-selling book printed in 26 countries and 15 languages.

Hundreds of thousands of women have used these principles to transform their shredded marriages into intimate, passionate relationships, but too many are still stuck in ineffective marriage counseling. Here are some of the reasons that marriage counseling is a big, fat lie.

1. It starts with calling your spouse a loser

When a wife says to her husband, “We should go to counseling,” what she really means is, “You’re a loser.”

Since a key ingredient for intimacy is emotional safety, this approach puts the connection she craves further out of reach. The last time your husband criticized you, did it make you want to hug him?

No relationship ever got happier from one person criticizing the other. What takes more courage — but always results in much greater connection — is being vulnerable by admitting you feel hurt, rejected or lonely.

2. Some marriage counselors are failures

Some marriage counselors aren’t married. Others are divorced twice or unhappily married. Is this who you want to pay for advice? Would you take fitness tips from a 350-pound personal trainer who just had bypass surgery?

Instead of someone with an impressive diploma, consider seeking the advice of a wife with a happy, healthy, intimate relationship.

3. Any fool can complain and most do during marriage counseling

The fastest way to destroy your relationship is to focus on what’s wrong with your partner. Dwelling on his faults is the opposite of what you did when you fell in love. If you admired his ambition and now you think he works too much, guess what changed? Only the way you’re looking at him.

Couples typically argue after a marriage counseling session because focusing on each other’s faults makes you feel more resentful and hopeless.

If you want to restore your relationship, here’s a great remedy: Make a habit of giving your partner three expressions of gratitude daily. Focusing on the things you appreciate about your mate is a powerful way to remind yourself why you chose him in the first place.

4. It’s a hideout for hypocrites

Lots of us go to marriage counseling secretly believing we’re just there to be supportive while the counselor fixes the other person’s shortcomings. Marriage counselors will tell you that the only thing you have to do to change your spouse is get him to come in for a hundred sessions. But marriage counseling will never work because it focuses on someone you can’t change: Your spouse.

Trying to control someone else not only wears you out, it gives you the illusion that you’re working really hard on your relationship while the other person isn’t doing anything. It also steals energy away from improving the only person you can: Yourself.

It’s only when you accept and celebrate your spouse as the quirky individual he is that you can both relax into being yourselves — just like you did when you were dating.

5. Men are not big, hairy women

Many women believe that if their man would just share his feelings, they would finally have the connection they crave. But asking a man how he feels in counseling is like asking a woman in a bathing suit who’s eating a piece of cake how much she weighs.

Trying and failing to get a man to talk about his feelings in marriage counseling may confirm a wife’s worst fears that her husband is defective. But the real failure here is her lack of respect for the man he is — the one she picked to marry.

Chances are good that you married an imperfect man who’s perfect for you. Instead of trying to pry his feelings out of him, consider bringing respect back into the relationship by honoring your husband’s masculinity and his choices for himself. If you want more passion in your marriage, there’s no stronger aphrodisiac than respect.

6. It’s the most expensive way to try to control your spouse

Marriage counseling may seem like an important purchase, but it’s actually a tragic waste because it diverts funds from something that really would help your marriage: Self-care.

Self-care means not only getting enough rest and nourishment, it means that you make it a priority to do three pleasurable things every single day. Relationships naturally take a little energy and if you’re depleted, you give your relationship no chance to thrive. Showing up delighted instead of depleted is indispensable for a gratifying and intimate partnership.

Once you make yourself feel good, he sees that you are pleasable, which opens the door for him to delight you too. Men love making their women happy. “Happy wife, happy life” is not just an adage. Ask any guy. 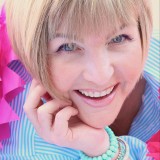 This is so good & makes so much sense! I am thankful for all you have shared, and after reading your book I have seen a great change in my marriage. I want to help others too! How do I become a relationship coach with you?

Lisa, Congratulations on your success with improving your marriage! So happy to hear that. Let’s get you on the schedule for a call about the coach training. Here’s where you go to do that:

Can’t wait to hear your story!

Presently I do not want others involved. I just want a wonderful coach to help me through this. I am not sane. I can not accept my husband’s choice. I don’t know how. I love him with all my heart. But he says he fell out of love with me. I have been mean to him and he doesn’t want to be around me.

Raquel, you shouldn’t have to hear such words from your husband. No wonder you’re not feeling sane. It sounds really hard and painful to accept his choice. I remember how scary it was when my husband didn’t want to be around me, which is why we’ve helped so many women save their marriages even after he said he didn’t have feelings anymore.

Your accountability is beautiful, and so is your desire for a wonderful coach to help you through this. We would love to support you. Please join the waitlist at lauradoyle.org/rhw-waitlist.