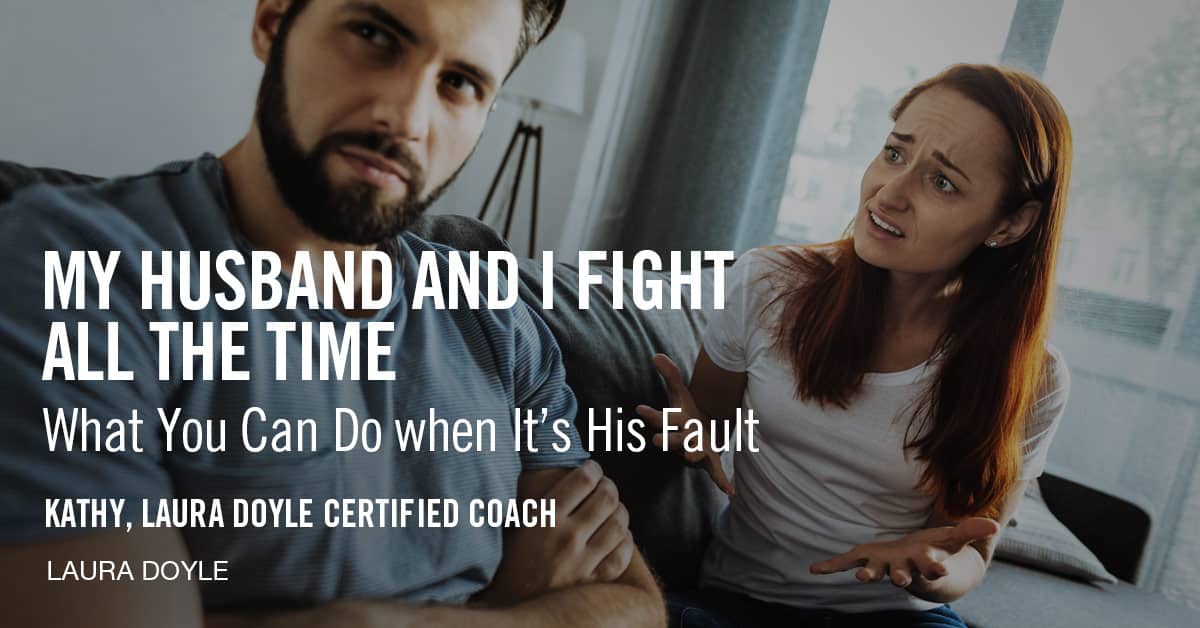 One night, I was complaining about Doug to my girlfriend–again–when she shocked me by saying, “Either shut up or else get a divorce.”

I was devastated. I booked a flight to visit my mother. I knew she would listen, and she would know what I should do.

I brought some books with me. One of them was The Surrendered Wife. Upon reading that book, I felt ashamed and embarrassed. For the first time, I realized that I was responsible for my failed marriages.

It was very painful. I sobbed that night and all the next day. I felt that Laura Doyle understood my pain because she had made the same mistakes and still saved her marriage.

But under my pain, I felt a glimmer of hope.

When I returned, I decided to experiment. When Doug asked which cell phone service plan to pick, I said, “Whatever you think.” Those were completely foreign words to me, but I wanted to test the principles I’d read in Laura’s book, so I just said what she suggested.

My husband was nervous because he was sure he would blow it and hear about it from me later, so he asked again, “No, really–what should I do?”

I said, “Whatever you think. I trust you to make that decision.”

That night we crawled into bed together for the first time in months, and Doug said, “Boy, you have been so nice tonight.”

Tears rolled down my cheeks as I thought, “Oh my gosh! This works!” I felt like I turned my marriage around in one night. That was in 2001. I fired my therapist and hired Laura Doyle for coaching instead.

I let go of how my husband managed his life, the kids and chores, and I started taking better care of myself. I even handed over the chore of managing the finances, which my husband took on because he wanted to please me.

Soon we were blissfully happy again–just like when we’d met. He surprises me with presents and romantic trips. And this is as our 27th anniversary approaches!

It seemed so simple once I learned the 6 Intimacy Skills™.

If you feel like you are in charge or you’re lonely or you can’t figure out why your husband no longer pays attention to you, I certainly know what that’s like. I had a blind spot worth uncovering to restore the intimacy in my marriage.

What made all the difference was investing in myself, seeking support and surrounding myself with a group of like-minded women. Now I’m on a journey to end world divorce.

What can you do differently this week, even if your relationship problems seem to be his fault? I’d love to hear in the comments below.

16 thoughts on “My Husband and I Fight All the Time”