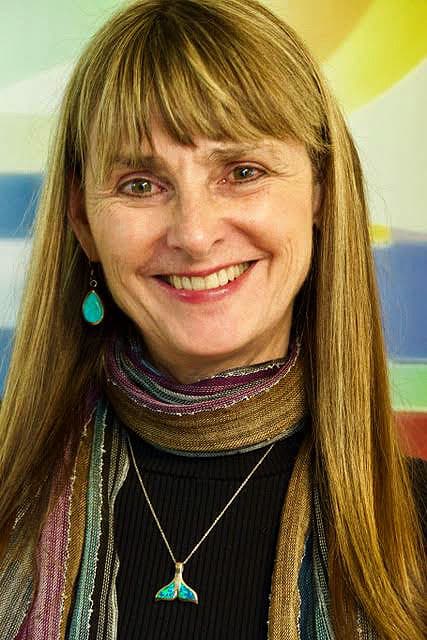 Jumping off the Fence

I had been married for 20+ years to my third husband when I first discovered the Intimacy Skills™. My first two marriages ended in divorce. I did not want my third marriage to end in divorce.

The year prior to finding Laura Doyle’s books, I had moved out of our home for twelve months, uncertain whether my husband and I would reconcile or divorce.

I felt emotionally exhausted in my marriage, particularly by the arguments, blame, criticism, distance, hurt feelings and lack of emotional trust and respect that existed between us. Our relationship felt like so much “hard work” for both of us.

Even so, it was clear to me we still loved each other. We decided to “try” again. When I moved back into our home, I remained emotionally reserved, guarded and suspicious, uncertain that our reconciliation would work.

After attending a self-help workshop, I got clear on my desire to have an amazing love relationship with my spouse.

When I stumbled upon the Intimacy Skills, I believed I was being guided on a path to fulfill this desire.

I have no idea how a Facebook post about Laura’s work showed up, but it led me to her audio book First, Kill All the Marriage Counselors. I listened three times back to back.

Then, I downloaded The Surrendered Wife and later signed up for formal coach training. I felt challenged, curious, drawn and somewhat suspicious.

Laura talked about getting off the fence and fully committing. This thought terrified me. I’d had one foot in and one foot out for a long time.

I took the leap, as an experiment, and committed fully to trying out the Skills and giving our marriage every chance to succeed. I had nothing to lose by trying. I was prepared to leave if the experiment failed.

As I started applying the Skills, things started changing.

Instead of complaining about what I did not like, I began expressing my pure desires. I was surprised and pleased by my husband’s supportive responses.

Instead of arguing with or “improving” on his ideas, I started saying “I hear you” and shut my mouth. The atmosphere between us became more peaceful. He began sharing more.

Instead of being critical of how he spent his leisure time, I started doing nice things for myself, effectively eliminating any resentment. I began to recognize and respect that we each had our own ways of doing down time.

Instead of reacting defensively, withdrawing or attacking him when he said something that hurt my feelings or used a tone of voice that felt harsh to me, I started saying “ouch” and being silent. It stopped the cycle of blame and criticism.

Instead of trying to control his occasional irritable moods, I started giving him space and trusting him to figure things out. His mood was on “his paper,” as Laura says. He began to bounce back quicker.

Instead of trying to communicate on his behalf or communicating to him on someone else’s behalf, I started getting out of the middle. This relieved stress for me and reduced conflict between us.

Instead of giving my opinions, when asked, about things that were really his business, I started saying “whatever you think” or “I trust your judgment.” He acted confused at first and then made his own decisions. Sometimes he was happy with his decisions, sometimes not. Either way, I stopped acting like the authority on his life.

Instead of focusing on what I perceived to be his faults, I started paying attention to and being grateful for the many ways he contributed to my life personally and our lives as a couple. As a result, we both became happier.

Instead of speaking about him in unflattering ways, I started giving him the benefit of the doubt and speaking about him in ways that at first did not feel true, like telling him “you are so sweet” and “thanks for being my rock.” He began to grow into his best self. I now see them as true.

Instead of being stoic, tough, suspicious and independent, I began to reveal my softer and more vulnerable side. I began to let myself cry and to allow him to see this side of me. I was terrified to trust him. He responded at first with surprise and then stepped up to be my protector and advocate in ways that felt so emotionally satisfying and safe.

Now, our household is peaceful. Most of the time, we communicate in warm, respectful, considerate and supportive ways. I am falling in love again.

I no longer think about divorce. Instead, I think about how lucky I am to be married to an amazing, sweet, generous and supportive man whom I can trust and who has my back.